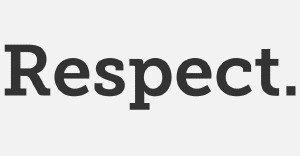 Okay. We in the Bureaucrat Beat Newsroom wish to quote Winston Churchill today. He said, “Attitude is a little thing that makes a big difference.” This from the man who helped bring down Hitler. We just want to say without revealing the source or the exact situation that bureaucrats can make things good for the public and for themselves if they deliver their edicts like a neighbor would. We hear tales from citizens about bureaucrats who like to use gestapo-style human relations. Wait. That’s an oxymoron.

Speaking of morons – Often the public can not possibly know all of the rules that government has conjured up to manage our lives. So, naturally, the bureaucrat should approach the citizen with an almost apologetic air for the intrusion. Then, nicely explain the rules and ask if the local person needs help with the restriction or more explanation. You get the picture. Gee, I think Aretha called it R-E-S-P-E-C-T.

We have to second countless motions by raised hands all over the country that heads should roll over the missing $6.6 billion the Bush administration sent to Iraq in, are you ready for this, CASH!!!! At the time the Pentagon decided to send $2.4 billion in shrink-wrapped bricks of $100 bills with many more billions to follow. No one kept track of the cash. This sounds like a bad, stupid movie. After audits, the U.S. still can not find $6.6 billion. Big story in the LA Times yesterday. Hey, turkey heads, we do not want this kind of government!!!!

By the way, we spent at least a week with no TV news, no radio news, no print news. Wow. What a great experience!! Now, we are in the news business, so we do not advocate never keeping up with the news. In fact, if you don’t check in, you may have some nasty surprises. Big hint to political candidates – the little people out here have truly had it with your party politics tantrums. We have issues – the economy, jobs, homes, food, gas prices. Talk about that. Not about your pathetically immature selves.

Most disturbing news of the day – President Obama seeks Wall Street bank money for his next campaign. Of course, they all do this. Bought and paid for. Puppets do not make for a fascinating political debate. 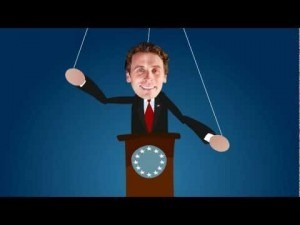 Just think. It took Mammoth Community Water District some 20 years to finally certify the Environmental Impact Report on Mammoth Creek flows. The lone remaining gripe? The Department of Water and Power still wants to make sure they get all the water they can get (even though they say that’s not their policy) as it flows down Mammoth Creek. Laws do require enough water to maintain fish. Water District management says they have made progress in their talks with DWP over flows. Once resolved, Mammoth Water District will solidify the rights of the district and the Town.

Under quiet observations – the workers at AT&T stores here may have reached Nirvana. We can not think of a more rigorous test than to daily deal with angry, frustrated, gnarly customers. As companies explode into monopolies, their service goes down and the anger quotient goes up for customers. Employees on the front line have to handle the fall-out. Not AT&T big wigs.

One more observation. Scott Pelley, a Sixty Minutes reporter for CBS, has now taken over the anchor spot on the evening news. Katie Couric called it quits. Pelley does bring a certain news credibility to the seat. We like that in a mostly show business kind of atmosphere in news departments.

For those who have wondered, workers and management at Vons and other groceries have made some headway in their labor negotiations. Reports say they settled on pensions, but continue negotiation on other details, with the help of federal mediators.

And, finally. To the absurd. The California Attorney General has not confirmed or denied an investigation into tabloid allegations that Arnold Schwarzenegger used the CHP to facilitate inappropriate relations with women. Good grief.