Agendas for the Inyo County Board of Supervisors and Bishop City Council meetings this week were relatively light. Here are the highlights: 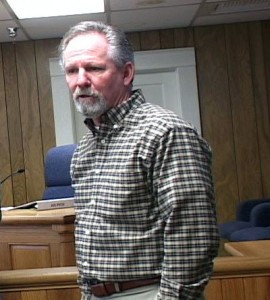 The Council approved a letter of support for Assemblyman Devon Mathis’ Assembly Bill 1558 that would increase the number of County liquor licenses by five. The State issues liquor licenses based on population; Mathis’ bill takes into consideration counties with high tourist traffic to up the number of licenses.

City Administrator Jim Tatum reported that rents at the formerly-subsidized Sunrise Mobile Home Park, owned by the City, will have to be “modestly raised. The 10 tenants who are currently subsidized will not be impacted,” he said explaining that the state subsidies went away three or four years ago and the funds to maintain the park have been sinking ever since. “We’ve exhausted all our cost-cutting efforts,” he said confirming that the space rents will still be less than average.

Council member Karen Schwartz reported on the availability of Cool and Collected Grants offered to promote broadband service for sustainable community economic development. Tatum agreed that the grants “were a tremendous opportunity,” and will get in touch with the new Inyo/Mono sub-consortium and the Eastern Sierra Council of Governments for additional information.

INYO BOARD OF SUPERVISORS, Tuesday

The Bishop Chamber of Commerce convinced three of the five Supervisors to re-allocate community project grant funds to add $4,000 to the County’s support of next month’s Blake Jones Trout Derby.

The funds will come from the $2,000 intended for the Chamber’s Treasure Map and Night Sky brochure. Executive Director Tawni Thomson explained that the Chamber were still pursue the two other projects, but had time to look for funds and support from other sources. Funds for the trout derby were simply more urgently needed.

The Supervisors approved an amended version of a letter of support for Senator Tom Berryhill’s legislation extending the Adventure Trails Pilot program for through 2020. The enabling legislation is scheduled to sunset January 1, 2017. With seven routes approved, only three have been active, leaving little data to support the project’s continuation.

The Supervisors deleted any inclusion of Mono and Sierra counties in the letter. Both counties had indicated interest in the pilot program to Supervisor Matt Kingsley who felt their ability to add to the database would be helpful. The consensus of the Board was that Mono and Sierra could do their own thing.

Brandon Schultz, director of Information Services, started his workshop on his department’s projects and priorities by telling the Board “our plate is full.” Then he went on to prove it outlining his department’s tasks in keeping the all of Inyo County departments and offices computers, telephones, software and mail functioning.