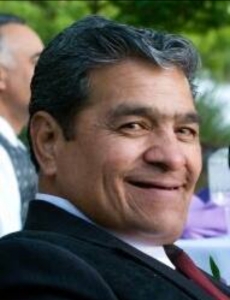 Mingo was the 4th  of 10 children born to Pedro and Maria Parra on  April 19, 1940 in Deming, New Mexico.   While growing up in New Mexico, at the age of 15 he met the love of his life Cecilia Granadino.  The two were married on February 24, 1962.  The couple had four sons while still living in New Mexico.

In 1973 the family moved to California where Mingo took a job with Union Carbide, working in their tungsten mines.  He spent eight years working for Union Carbide before starting his own string of local businesses; Mingo’s Garage, Mingo’s Firearms, Mingo’sTexaco and finally Mingo’s Automotive.  He retired from business July 31, 2000 to spend more time with his family and do the things he loved most, hunting, fishing and metal detecting.  Mingo passed on his strong personal values, as well as his love of the outdoors to his sons and grand kids.  They spent many years hunting and enjoying the outdoors as a family.

Mingo was a Veteran and served in the United States Army.  He was also a member of the Knights of Columbus and the Bishop Gun Club.

Although Mingo retired in 2000 he spent many hours in his home shop creating things for his family.  He often saw items advertised in catalogs and retired to his shop were he was able to create these items – he was very handy and could build just about anything he put his mind to.

We work to provide daily news to all of the Eastern Sierra, in the tradition of Eastern Sierra News Service and the Sierra Wave. We bring you daily happenings, local politics, crime, government dealings and fun stuff. Please contact us.
View all posts by News Staff →
Libraries, museum face “service redesign”
Memorial for Margaret Hurd
2 Comments
Newest
Oldest Most Voted
Inline Feedbacks
View all comments

Mingo was one of the finest, most likeable guys I have ever had the honor to meet. I’ll miss you my friend.

I have many fond memories of Mingo he was a stand up guy. He also sold me my first handgun with I was just a lad.