Carl Willis was born in Las Vegas, Nevada on July 23, 1947. He passed away on June 18th, surrounded by his family. 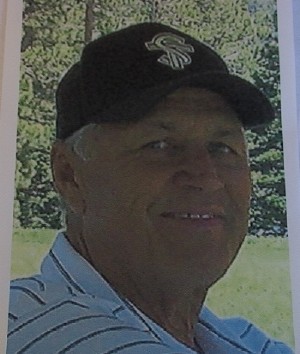 A memorial service for Carl will be held Saturday July 11th at 2pm at the Barlow Gym, 390 N. Barlow Lane, Bishop.

Carl was one of thirteen children. In 1964, his family moved from Las Vegas to Bishop. He graduated from Bishop Union High School in 1966. Carl was drafted into the Army and served as an artillery gunner in Vietnam. He was discharged honorably and remained an active member of the local Veterans of Foreign Wars in his later life. Carl was a descendent of the San Carlos Apache Tribe.

Carl attended the University of California at Santa Cruz where he earned a bachelors degree in history. He later received a teaching credential, which allowed him to begin teaching for the Bishop Indian Tribe in the field of construction trades. Carl worked for the Owens Valley Career Development Program.

Carl was an avid golfer and member of the Bishop Golf and Country Club. For the past 6 years, Carl had organized and hosted the annual Bishop Indian Golf tournament in October. Carl supported golf opportunities for local children as a part of the annual tournament, particularly children who did not have the resources to participate in golf otherwise.

Carl was devot3d to his family and grandchildren. He was especially fond of fishing his special spots with his grandson, Wyatt Wagoner. Carl loved the Owens Valley and spent most of his life in the warm embrace of the eastern Sierra Nevada mountains. Carl had a wonderful sense of humor and an engaging smile. He looked for and found the bright side of every situation.

In lieu of flowers, donations may be made to the Carl Willis Junior golf Memorial Fund at Chase Bank. The Memorial Fund has been established to help continue Carls long-term commitment to underprivileged children who want to elarn the game of golf. For details on the fund, contact Seneca Willis at (760) 937-2701.

We work to provide daily news to all of the Eastern Sierra, in the tradition of Eastern Sierra News Service and the Sierra Wave. We bring you daily happenings, local politics, crime, government dealings and fun stuff. Please contact us.
View all posts by News Staff →
Mammoth Brewing Co. Brings Home the Gold
Local Drug Task Forces Wait for State Budget News