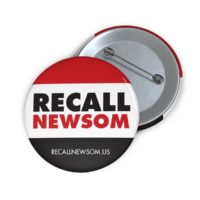 The “simplified” part of the recall election of Gov. Gavin Newsom, slated for September 14, comes from Inyo and Mono counties’ Registrars of Voters, Danielle Sexton and Scheereen Dedman, currently the acting Clerk Recorder/Registrar.

Both Dedman and Sexton explained their respective recall election process at Tuesday’s Boards of Supervisors meetings.

Inyo opted to go the traditional route as a “cost effective measure,” Sexton explained via e-mail.

Inyo’s Vote by Mail ballot, voter instruction guide and any additional information will go out to all registered voters on August 16. Voters will have the option to vote by mail, drop off their marked ballot at the Voting Drop Boxes or in person at their regular polling places. Registered voters can also cast their ballots at their polling place on September 14, just like in the old days, but must bring in and surrender their mail-in ballot. In other words, don’t try to vote twice.

Mono County’s Dedman is going the same route, with a traditional election. “All the standard polling locations will be open on the day of the election only,” she stated. “This will ensure we won’t run short of funds and poll workers, nor will it create additional information that will further confuse voters for an unexpected election with a short turnaround time.”

Dedman admitted elections are complicated for county registrars. “Explaining the Voter’s Choice Act involves explaining a lot of elections code. We want to make it so that people can vote the way they’re used to voting.”

To make it even more interesting, the second question on the ballot will be Newsom’s potential replacement. The last recall election of a California governor was in 2003 when voters had the chance to recall Gov. Gray Davis and choose from more than 130 gubernatorial candidates. Davis was replaced by Arnold Schwarzenegger.

So far 70 candidates have filed the preliminary paperwork or indicated an intent to run in anticipation of Newsom’s recall. Here’s a sampler:

And we wonder why the other 49 states make fun of California.

This recall election will cost California tax-payers about $215 million dollars! What an incredible waste.

A very expensive, politically motivated recall attempt that appears destined to fail. A tax payer funded 200+ million dollar smear campaign. Brought to you courtesy of those claiming to be fiscal conservatives.

Dan–Googled around to see if there was another listing of gubernatorial candidates with additional names and some brief info before I sent in the article. Next time will specifically go to Ballotpedia–I googled “California Governor’s Election” to get the site with a list of names I used. Ballots will go… Read more »

Absolutely, and thanks Deborah for your reply. When i asked Charles below about his preferences, i did not realize that he was a journalist for this article. There are many people running, i think from a broad range of beliefs, and i’d like to know what people think of them.… Read more »

Dan: that journalistic impartiality sort of applies across the board. If Charles or I, if the situation was reversed, published our preference anything we wrote for publication on the recall/election or whoever ends up Governor into the future, would be suspect. Okay, that sounds a little weird, but went to… Read more »

So is Louis Marinelli.

Both are good, anti-war, secessionist candidates with a long history of thoughtful positions on complex issues.

The filing deadline for candidates to run in this election is July 16, 2021. As of July 6, fifty-eight individuals had filed to run in the recall election according to the website Ballotpedia.

Thanks Charles. I see Marinelli on the Ballotpedia list but not Loebs.

I guess when we get our ballots we’ll have a definitive list.

Are there any candidates on the list that you are partial to?