On Sunday September 28 at 7pm, the Metabolic Studio IOU Theater invites the public to experience, “DEATH VALLEY SCOTTY,” a live radio play that was written by Ruth Woodman in 1931 and originally aired in 1955 in the “Death Valley Days” Series. This marks the fourth play in the IOU Theatre series, which began in June 2014 with readings of radio plays about the Owens Valley and surrounding area.

Walter Scott (a.k.a. Death Valley Scotty) was a prospector, a performer with Buffalo Bill Cody’s Wild West Show, a raconteur, a conman, husband and father. IN 1885 he met an Easterner who was told he only had a few weeks to live. Scotty helped him to recover and cemented a secretive, life long partnership.  In 1905 he beat the cross-country speed record on a train from L.A. to Chicago.  Free with his stories and his cash, he quickly became one of the West’s most prominent and mysterious legends and kept reporters and the country on the edge of its seat for decades.  His fabulous stories of secret gold mines and his million-dollar oasis in Death Valley (Scotty’s Castle) kept the public and newspapermen eager for the 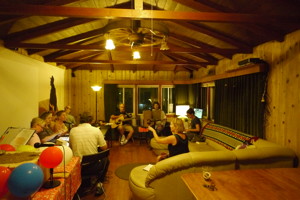 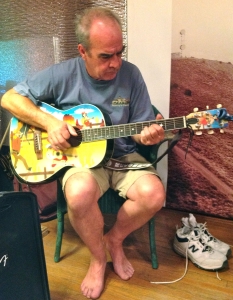 A troupe of local performers from Bishop to Keeler will read the play and perform live music and sound effects. The radio play is free to the public and will be staged at 7 p.m., Sunday September 28, the Double L tavern, at the corner of Main and Willow, in Lone Pine.

Those under 21 can watch a live broadcast of the performance at the IOU garden next to the Double L. The garden will also host an Open House from 5-7p.m. Sunday with IOU espresso being served along with an offering grown in the IOU garden.

We work to provide daily news to all of the Eastern Sierra, in the tradition of Eastern Sierra News Service and the Sierra Wave. We bring you daily happenings, local politics, crime, government dealings and fun stuff. Please contact us.
View all posts by News Staff →
Bishop TBID in the works
Museum hosts author of new Mono Lake book