How to deal with the terrible drug problem in California? Some believe drug treatment should replace jail time for many drug offenders, saving the State millions in prison costs. Proposition 5 on the November ballot would eliminate prison time for some offenders and reduce time behind bars for drug dealers from 3 years to 6 months. 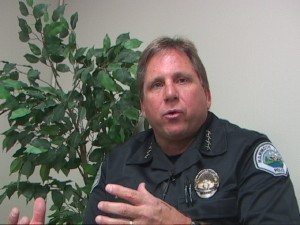 Those who support the measure say it will offer treatment to non-violent drug offenders, not incarceration. Those opposed say Prop. 5 would cost millions a year for re-hab, and would allow criminals to get out of jail.

Mammoth Police Chief Randy Schienle is one who opposes Prop. 5. He said that to a large extent the law has already "de-criminalized" marijuana and under Prop. 5 hard drugs would fall in the same status. "Now, we arrest people for hard drug use – cocaine, meth – and people get as many as 6 violations before they go to jail."


Some call Proposition 5 "the drug dealers bill of rights", others claim the Proposition will save millions in prison costs and help people.

We work to provide daily news to all of the Eastern Sierra, in the tradition of Eastern Sierra News Service and the Sierra Wave. We bring you daily happenings, local politics, crime, government dealings and fun stuff. Please contact us.
View all posts by News Staff →
Man Pleads to Child Molestation in Inyo County
New Bridge Over Lake Mary