– Following is a press release from Inyo County

On April 27, the Inyo County Sheriff’s Department, Inyo Narcotics Enforcement Team (INET) and the Drug Enforcement Administration (DEA) gave Inyo County residents their first ever opportunity to prevent pill abuse and theft by ridding their homes of potentially dangerous expired, unused, and unwanted prescription drugs. And Inyo County residents jumped at the chance; almost 86 pounds of drugs were turned in. At the Bishop location alone, fifty-five (55) people came by to discard the drugs languishing in their medicine cabinets. 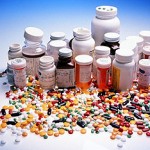 Medicines that hang out in home cabinets are highly vulnerable to redirection, misuse, and abuse. Rates of prescription drug abuse in the U.S. are alarmingly high, as are the number of accidental poisonings and overdoses due to these drugs. Studies show a majority of abused prescription drugs are obtained from family and friends, including from the home medicine cabinet. In addition, Americans are now advised that their usual methods for disposing of unused medicines—flushing them down the toilet or throwing them in the trash—both pose potential safety and health hazards.

After collection prescription drugs from the four ‘take-back’ locations, Inyo County Narcotics Task Force (INET) members took the drugs to Bakersfield to be properly disposed of. According to the INET members present, before destroying the drugs, the Drug Enforcement Agency (DEA) weighed the piles of unwanted prescription drugs collected in Inyo County. The official total number of pounds collected from Inyo County was 85.6lbs.

Unanimously, members of all communities in Inyo County that took advantage of the Take-back day were “thrilled” that this opportunity was available and said “they just didn’t know what to do with all of the drugs.” As the day progressed, couples, families, old and young people came to the designated ‘take-back’ locations and deposited their unwanted and unused prescription drugs. At the Bishop location, they filled three whole disposal boxes; the first one within the first ½ hour of the take-back event. As one gentleman said “the doctor gives me one drug, if it doesn’t work he prescribes another…great for my illness…but then what do you do with the leftover drugs?”

Below are the Federal Guidelines for Disposal of Unwanted Medications:

• Do not flush prescription drugs down the toilet or drain unless the label or accompanying patient information specifically instructs you to do so. For information on drugs that should be flushed, visit the FDA’s website.

• If a drug take-back or collection program is not available:

1. Take your prescription drugs out of their original containers.

2. Mix drugs with an undesirable substance, such as cat litter or used coffee grounds.

3. Put the mixture into a disposable container with a lid, such as an empty margarine tub, or into a sealable bag.

4. Conceal or remove any personal information, including Rx number, on the empty containers by covering it with black permanent marker or duct tape, or by scratching it off.

5. Place the sealed container with the mixture, and the empty drug containers in the trash.

When they started making oxycontin pills that couldn’t be smoked, many turned to heroine.

and that is way I believe heroine use is up

Trouble, for your information the DEA, INET, MONET, and lots of other Drug Enforcement agencies nationwide ARE trying to arrest what you refer to as the “real drug pushers”! People dont understand how hard it it nowadays to bust drug offenders, due to probable cause and the rights of criminals.… Read more »

Yeah ask all the victims of the cartel violence if they want help. And then ask the cartels where they get all their guns.
Bad policy’s and a wrong incentive structure in all branches of gov’t hurts us all!

dust devil….and not to mention….that magical “med-marijuana card”…that more or less allows anyone that’s got one a free-pass to deal when they want,how much they want,and even a good arguement with “personal use”….no matter how much they happen to have with them,or growing at their house….not to mention tax free… Read more »

Wayne- do you really have to keep throwing pot usage into serious drug abuse topics?

I call it a get out of jail free card

Mark, So you believe it is probable cause to throw people in jail for pot? Seriously? How do you feel about honest (sick) people and or retired law enforcement using the same substance in the same way others get put in jail for? and my other question a few threads… Read more »

Jfrog, your a clown!! Do you know anything about what you talk about? Sounds like you have an agenda your trying to push or an ax to grind. Im going to go out on a limb and say….you smoke weed. There is very, very, very few actually “sick” people who… Read more »

Throwing people in jail for pot is rediculous and a waste of resources. It is so easy to get a pot permit anyone that uses the stuff and does not have a permit is a fool. If someone is sick or in pain and they think pot helps them, then… Read more »

Dustdevil- I think your half correct.It’s because the manufactures and doctors are totally protected by our laws. There are a hundred laws that make zero sense to me ,and just because they make silly laws, doesn’t mean I have to agree with them. It just means I can’t break them.

Brian K. Before I really reply I need to ask you to further explain yourself on how I am a “clown”. Then again I don’t expect you to answer since some seem to fear my radical responses by way of not replying back..but it seems I have been called out?… Read more »

Ball is in your court Brian and Mark, throw your cards on the table..

Thank you to the Inyo County Sheriff’s Department for protecting the health of the community. This proactive approach to removing potentially dangerous substances from the reach of children, addicts, and others who could cause or inflict harm is commendable.

Thank You to the Pharmaceutical companies for having these so readily available that the law enforcement can have a pat on the back for getting rid of something that is so dangerous but yet so accepted.
This is reactive not proactive!
Authority is not Truth! Truth should be the Authority!

Is it better to do nothing, or to do something positive? Thank You Inyo Sherriff’s dept for getting the unused pills disposed of. Thank you multi billion dollar pharmaceutical companies for creating products that can help me get better when I am sick. Thank you LADWP for taking out your… Read more »

Maybe they should try arresting the real drug pushers killing our youth now days. At least their starting to see there’s a problem.

Pharmacology and Afghanistan
Reply to  Trouble

Prescription drug abuse is running rampant in America today. Pop a pill when you’re anxious. Pop another when you’re bummed … Billions of dollars are given to the Afghanistan government – no questions asked. Why? The International Council on Security and Development (ICOS) has proposed legalizing opium production for medical… Read more »