By News Staff on August 16, 2013 in Government Agencies/Utilities 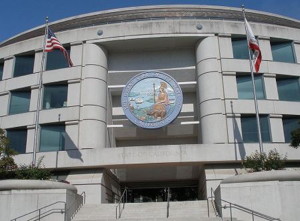 SAN FRANCISCO, August 16, 2013 – The California Public Utilities Commission (CPUC) today announced a settlement to resolve one of the largest remaining claims of overcharges arising from the California Energy Crisis of 2000-2001.  Under the terms of today’s settlement, Powerex, Inc., a subsidiary of British Columbia Hydroelectric (a unit of the Provincial Government of British Columbia) will refund $750 million (USD) to electricity consumers in California.

Said CPUC President Michael R. Peevey, “I am very pleased with this settlement, which is the largest one yet.  It’s a major advance toward closing the books on the Energy Crisis of 2000-2001, when California was crippled by excessively high electricity prices.”

If approved by the Federal Energy Regulatory Commission, today’s settlement will bring to $4 billion the amount of money the CPUC and its aligned California Parties have obtained in refunds from wholesale electricity sellers during and after the Energy Crisis.  The refunds paid by Powerex will be passed through to consumers in California as an offset against their current electric bills.  The refund money will be distributed among the customers of California’s three major investor-owned utilities:  Pacific Gas and Electric Company, San Diego Gas & Electric, and Southern California Edison.

CPUC Commissioner Mike Florio said, “I hope the remaining sellers who have not yet agreed to settle our refund claims will wake up and take notice of this major settlement by Powerex.  I encourage them to follow suit and reach their own settlements with us.”

Added CPUC General Counsel Frank Lindh, “The CPUC has played a leadership role in pursuing these refund cases on behalf of the people of California.  The Energy Crisis was very damaging to California consumers and the California economy.  We are proud of our part in obtaining a measure of economic justice for California in this protracted litigation.”

The settlement was negotiated with the assistance of Judge Edward Leavy of the United States Court of Appeals for the Ninth Circuit, and Lisa Jaye of the Ninth Circuit’s mediation office. Judge Leavy and Ms. Jaye served as mediators in the negotiations.

The settlement filed with the Federal Energy Regulatory Commission is available at http://elibrary.ferc.gov/idmws/file_list.asp?accession_num=20130816-5026.

Steve, you are right, I saw in the newspaper that SCE power will be increasing prices by just under 2 cents a kilowatt (a 9% increase if I remember correctly.)

…and whatever they do, don’t let anybody build a power plant anywhere it can be seen — from anywhere.

Just because we all use lots of electricity, that doesn’t mean we have to see where it comes from. Let somebody else look at the power plants.

“refunds paid by Powerex will be passed through to consumers in California as an offset against their current electric bills”
Chances are my power bill will still go up and the power company will say “if we didn’t do the offset your bill would be even higher.”