Lack of housing in Bishop was cited as a challenge in the City’s Economic Development Plan, but 15 houses on the 2.75 acre parcel of what has been the Bishop Nursery may not be what potential neighbors think is a solution. 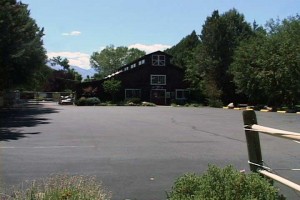 The Bishop City Council held its first Public Hearing on a Negative Declaration (no negative environmental impact) for the Kingston Subdivision tentative tract map and heard eight residents of Rome Drive and Home Street outline a list of negative impacts. Both City Planning Director Gary Schley and Chief Administrative Officer Jim Tatum told the speakers the public comment would be extended 30 days, to Aug. 15 and that Monday night’s hearing was just the beginning of the process. “This is not an attempt to circumvent public input,” Tatum said.

Terry Tye, a Rome Drive resident, went through a long list of objections starting with poor notification and inadequate information on the planned development. “If this plan called for 10 houses, there probably wouldn’t be much opposition,” he said. Tye wondered how the Negative Declaration was arrived at considering the habitat currently provided by the nursery operation and riparian habitat along South Fork Bishop Creek, which the declaration indicated was “far enough away” from the development.

Other objections to the Negative Declaration included traffic issues on Home Street, noise, variances on road requirements, identification of 15 houses on 2.75 acres as “medium density” and loss of quality of life for existing neighbors.

The City will hold a second Public Hearing at its Aug. 10 meeting. The Planning Commission will consider a conditional use permit to set aside roadway design requirements at its Aug. 25. Residents were encouraged to submit their comments, in writing, to the City. The City Council will make the final determination, according to Schley. The Draft Mitigated Negative Declaration is available on the City Planning Department’s webpage (http://www.cityofbishop.com/departments/planning/environmental-documents/)

ENOUGH!!! Always someone, who has to say everyone is a bigot, or racist ,or don’t like poor people. Yes you, Chris forte. Tired of hearing that. its b.s. and I’m offended by it. People look at things differently. Quit accusing people of that when no one has said anything like… Read more »

And some people just make things up….

I like the servers at Denny’s and McDonald’s, and go there often. I have never heard any of them overreact to two short comments, grounded in experience however much disagreed with, by whining about “all the the bigotry and ignorance”. Calm yourself. Even in the Age of Victimhood and Grievance,… Read more »

What is the ball park price for the proposed houses ? Does the city of Bishop subsidize the loans for these homes? Is the city purchasing the property? I look at the vacant lot on 395 that is adjacent to the shopping complex and wonder why the homes could not… Read more »

The homes on Barlow and 395 weren’t built because the developer didn’t ascertain water rights; the developer was hoping to tap into the wells of Meadow Creek 1 and 2 and the HOA refused to allow that. Subsequently, they went to court and the Meadow Creek HOA won and the… Read more »

it’s basically about landowner’s rights. They own the land, the land has a specific zoning and general plan. If the general plan and zoning allows the uses proposed, the City has no grounds to deny the application. To do so would be considered an illegal ‘taking’ of real property rights.… Read more »

Has the nursery closed already?

I can’t believe all the bigotry and ignorance I am reading in some of these comments. Not all low-wage workers are scum, thugs and lowlifes. I am characterized as a low-income worker who would have loved to had stayed in my home of Bishop if only there was more job… Read more »

good luck Chris. I don’t see this taking Bishop anywhere but down hill.

Just build some project housing and get it over with.

I wish I could buy a house one day, I’d be happy with a shack and a small garage for my toys on a small piece of land for my dogs, just something to call my own. I’ve worked as hard as anyone else I know that owns a house,… Read more »

Bishop needs new housing but this development is too densely housed for the neighborhood. What happened to cul-de-sac design, a hammerhead? So daily delivery trucks like UPS and Fedex as well as trash trucks have to drive to the end of the hammerhead, make a turn then back up and… Read more »

I was at the meeting on Monday and it reeked of NIMBY-ism from the residents of Rome drive. One resident who lived the adjacent neighborhood to the proposed subdivision has only lived there 3 years! They brought up issues that weren’t all that relevant like “habitat” and Creek impacts etc.… Read more »

I hate to bring this up to such an educated person as yourself, however… You may want to go catch an extra class so you can understand a plot map. It’s OK though, I realize they don’t come up much in the field of biology. The property line is actually… Read more »

Actually you’re incorrect I checked with DWP and the city of Bishop and DWP has a 10 foot easement on both the north and south side of the Bishop Creek from the ordinary high water mark. DWP even told me that they were aware of the illegal encroachments on the… Read more »

How do easements owned by LADWP and the City relate to land ownership? If they only have easements, then someone else owns the land and these wouldn’t be encroachments.

Hope they are a smaller affordable house, and not built lot line to lot line. No doubt Bishop needs houses for the regular folks… for people who would rather own the rent. 15 does seem a bit crowded though.

Anyone know what the zoning laws were for this property?

Did you read my comment that I posted earlier?
The zoning is R-1.

Bishop could look at the results of “Work Force Housing” in Mammoth. The results are not very appealing. Mostly occupied by people who didn’t live in Mammoth before or lived in other low rent units that have become more dilapidated because rents have been depressed or stagnated. Work Force Housing… Read more »

low income housing ALWAYS brings the area they are in down.

and lots of problems come with them.

Is there really a work force shortage?

What?
Reply to  Ken Warner

This isn’t a proposal for low-income, affordable or work force housing. It’s just new housing. Let’s not confuse the issue.

High Water
Reply to  What?

Your right Mr. what!!! I forgot about the new factory in town that hired 600 people and they need housing for there families. All those poor hard working folks who can actually afford to by a home. I have been poor, and I knew if I didnt want to live… Read more »

High Water….In your recent posts,I see you complaining about the taxes to support the EMS….here,the new housing planned in Bishop….the illegal immigration issue..griping with your racist views..and I’m sure if I archive older posts,plenty more complaining about whatever….have you ever thought about moving to a place or area that you… Read more »

High Water – can you cite any evidence whatsoever that this is planned to be affordable housing? Its single family homes, 1,800 sf, that will be sold at market prices. What the h*!! are you even talking about, Dude? Do you have anything constructive to contribute to this conversation, or… Read more »

What ?…..I’m thinking he probably thinks it’s part of that “Jade Helm 15” conspiracy that the right-wing is so weary of coming soon….maybe those moving into this housing project will be Government-funded,and those moving in will be the ones marching through our little towns,knocking on doors,and taking everyone’s guns and… Read more »

What?
Reply to  What?

@Low-Inyo, maybe as part of the Jade Helm invasion, they’ll do us all a favor and occupy the vacant K-Mart. 🙂

Classic “Not In My Back Yard”.
Sorry Terry – you forgot to lock the gate behind you and turn the sign, now more people want to move into your slice of Paradise.

The curse of up zoning, increasing density of human populations needs a pushback. Not only do folks need a place to live , they also need to have a quality lifestyle long after a developer has taken a profit. The adjacent property owners also have the need and the certainty… Read more »

The highest density housing in Bishop is R-2000, NOT R-5000; and an R-2000 zone IS permitted within an R-1 zone of which, all the adjacent neighborhoods to this development are zoned R-1. City of Bishop Municipal code 17.28.010. Therefore this project is conforming current City Planning guidelines which are the… Read more »

In rechecking out the environmental documents and the planning ordinance for the City of Bishop, I have made the error of taking square footage information from the wrong plot map. The project is currently zoned R1, Single Family Residence. ( R 2000 is a multiple family designation and the existing… Read more »