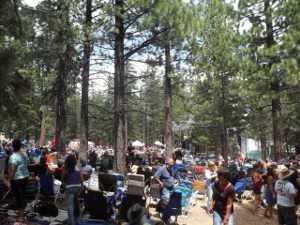 In earlier closed sessions, the Mammoth Town Council had listed for discussion the possible purchase of Sam’s Wood Site and also land in the Industrial Park for a recycling center. Some public controversy came up about what citizens called the lack of public discussion on these issues and the fact that the Town is cash-strapped. Interim Town Manager Dan Holler said he would fully examine the issues and put them on public agendas.

As for the possible purchase of land for a recycling center, Holler said Mammoth is not meeting its state trash diversion requirements, but he said there are options. Purchase of new land is not the only one. Holler also said that in ten years, Mammoth’s dump will close and the Town and the County have a common problem there that needs to be addressed. He will study the choices.

As for the Town buying Sam’s Wood Site for special events, Holler said there are three or four different processes in the works on that – an event center report, a master facilities plan and other discussions. Holler said there are many unanswered questions – should there be a community center along with an events center? Should it be outdoors or indoors? Should there be one or two facilities?

Holler said first, the Town should decide what exactly is needed and then, if there is a priority, how to pay for it. He said, “To say the Town wants an events center is a positive statement, but there is a lot more to discuss.” Holler said he is reading a lot and talking to people about these issues. He added, “If you define the what and the why, then other decisions make more sense.”

On the two land issues, Holler plans to schedule public meetings, work sessions, talks with local clubs and commissions. He called this a “critical part of the process.”

One other item. Wednesday night, the Town Council will decide on a formal process for recruitment of a permanent Town Manager. Interim Manager Holler said that his intent is to throw his hat in the ring for permanent manager. So, he said that he will not have anything to do with the recruitment and selection process.