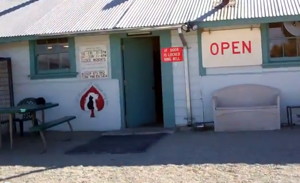 Currently, the Inyo County Animal Shelter has no room for employees or the public and limited space for animals. After many years of trying, plans for a new facility have moved forward. The Inyo Supervisors reached a consensus yesterday on a building option and most of the funding is already in hand.

Deputy Public Works Director Jim Tatum brought three building options and a project timeline to the Supervisors’ meeting yesterday. Tatum said, “If we follow the schedule, we should have a new animal shelter by the end of 2014 .” The three options ranged in price from $450,000 to $725,000.

Schade said the rest could be had through a loan and/ or continued fund raising. Supervisors Matt Kingsley and Linda Arcularius wanted to know if ICARE could come up with additional money needed or go forward with Option 1, which has no space for people. Schade said the ICARE Board supported Option 2. Supervisor Rick Pucci strongly supported Option 2. He said officials need to pick a building, including people and animals, and show the public what donations will support. Several times he said pick an option and make it the goal.

Supervisor Jeff Griffiths wanted to know if the County could go ahead with the smallest building and add space for employees and the public later. Ted Schade said the existing building is so decrepit, that it should not continue to be used for personnel and the public. Schade said ICARE’s preference is a full facility. Jim Tatum recommended going forward with Option 2 or 3. He said to add to a facility later would be more expensive.

Sheriff Bill Lutze also supported Option 2 as a minimum, with space for animals and people. He also asked for legal advice on the plan for the public to donate money and receive a plaque at the new facility.

Supervisor Chair Linda Arcularius was concerned that the County does not have the money in hand for Option 2, but she acknowledged that there was a consensus on that option. She said the issue will come back to the Board December 10 with more firm plans.

Why add on “later”? Why do it half as*? The dogs, cats and staff need it now not later.
I vote for whatever the staff votes for, option #2.

The staff and supervisors of Inyo County will do themselves a huge service by considering the expertise and input of their own employees, shelter staff, in the final design of this facility.