According to the US Forest Service says that thanks to a quick response of firefighters from the Inyo National Forest and our cooperators, the Pine Fire is now 100% contained. 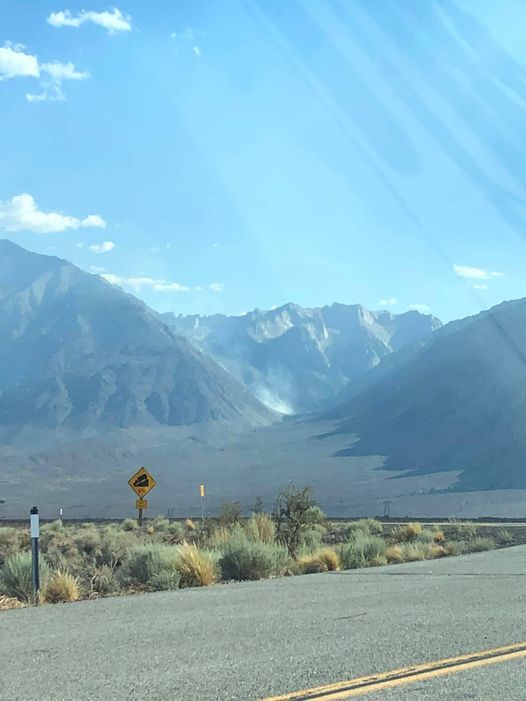 This fire was reported at 3:16 p.m. on July 7, 2021 in Pine Creek Canyon west of Bishop. The fire has been mapped at 24.7 acres and the cause is under investigation.

Four Southern California Edison (SCE) power poles were damaged or destroyed in the fire. As a result, there will be delays for motorists on Pine Creek Road as crews work to repair and replace the poles.

Fire Restrictions remain in effect for the Inyo National Forest and Bishop Bureau of Land Management (BLM). Campfires are allowed only in developed campgrounds and recreation sites. A portable stove or lantern using gas, jellied petroleum or pressurized liquid fuel may be used with a valid wilderness or California Campfire Permit in dispersed areas. Smoking is allowed within an enclosed vehicle, building, a developed recreation site, or in an area at least three feet in diameter cleared of flammable material.

As News Director his duties include gathering news for broadcast on Sierra Wave Radio ALT 92.5 and a weekly TV News broadcast on TV3 to air every Friday. Charles is also in charge of posting stories to sierrawave.net and posting to our social media platforms. “Charles has contributed news stories to our web site going back to 2006, so he was a natural selection to take on the position of news director,” said former station manager, Bill LeFever. Tune in for the Sierra Wave Radio Local News on ALT 92.5 with Charles James, Monday thru Friday at 7am, 8am, noon and 5pm, and read his stories and more right here on sierrawave.net. View the Weekly News very Friday evening on Sierra Wave TV3.
View all posts by Charles James →