By News Staff on January 19, 2016 in General Misc. Stories, Obituaries

George Pendleton passed away peacefully in his sleep at the age of 54 on Jan. 14th 2016. He was preceded in death by his father, George; his mother, Patricia; and brother, Matt. He is survived by his brother, Greg; sister, Merri; son, George; daughter, Kayla; stepdaughter, Dianna; 6 grandchildren, and numerous nieces and nephews. 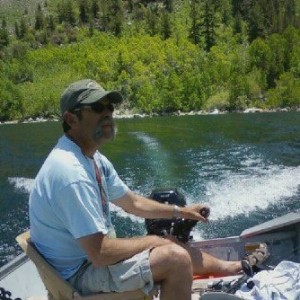 George was born in Jackson, Mississippi on March 5th 1961 as the youngest child in the family. His father was in the military so his family moved often in his early childhood. George lived in Tucson, Az. and Grand Forks, ND. as a young boy and would often talk about how much fun it was as a kid ice skating and playing hockey on a pond in back of his house that he and the other kids in the neighborhood had made.

On Dec. 19th 1987 George’s son was born and his daughter on Mar 24th 1994. George was a very loving and caring family man and a good provider and worked many jobs to support the family while Marty went to school.

In March of 1995, tired of traffic and the fast pace of big city life, they moved the family to Bishop. George worked awhile as a plumber for Scultz plumbing, then worked for High Sierra Plastics before finding a home at B&J Rubber Products, where he worked for almost 20 years.

George really loved living in Bishop and read up on its history. He could name off all the mountain peaks in site, and loved getting up into the backcountry. George was an avid fisherman and spent many hours on Lake Sabrina and the Owens river looking for that monster trout. In fact, George’s nickname was the Trout Whisperer.

He also loved to play golf and was a member of Bishop Country Club.

Another passion of George’s was motorcycling. He was a member of United We Ride and was Vice President off and on for many years. He was a very skilled rider and the enjoyed riding as often as he could. He would always talk about how much fun he had on the rides and how much he enjoyed the people he rode with.

George loved the blues and could name off the artist at the beginning of every song. Quit often he would be listening to his favorite blues artist BB King while on these rides.

George was very intelligent and almost always had an opinion on just about anything you wanted to talk about. He was a very friendly and personal man. He would always make time for someone and would be happy to help out in any way he could. He was a great friend to all that knew him.

A celebration of life will take place sometime this summer at Lake Sabrina after the ice thaws. Time and date will be posted later this year.

Rest I’m peace Gorge. I guess I got my fishing hole back now.