By News Staff on December 20, 2012 in Government Agencies/Utilities 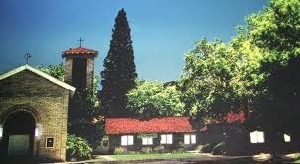 Memorial services will be held on Saturday, December 22 at 1pm at St. Timothy’s Anglican Church.

Phillip Dean Smith was best known by many as the Inyo-Mono Farm Advisor for 28 years, retiring in 1989.  He was also known for his extensive charitable work .  Smith died December 18th at Northern Inyo Hospital in Bishop.  He was 87.

Smith would have turned 88 Friday, December 21.  According to family, Smith was active in the Lion’s Club, Hospice Advisory Board, Senior Centr Board, Fair Board and the Salvation Army Cup of Cold Water Food Bank.  He was a member of St. Timothy’s Anglican Church.

Dean was preceded in death by his wife of 40 years – Bettyjo; two sons Denis and Casey; parents Charles and Valentine Smith; and brother Wayne Smith.

Memorial services will be held on Saturday, December 22 at 1pm at St. Timothy’s Anglican Church.

We work to provide daily news to all of the Eastern Sierra, in the tradition of Eastern Sierra News Service and the Sierra Wave. We bring you daily happenings, local politics, crime, government dealings and fun stuff. Please contact us.
View all posts by News Staff →
Mark Felton has died
S&P raises Town of Mammoth Lakes bond rating