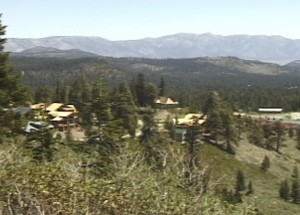 Jamie Gray  Town Clerk,
Dave Wilbrect Town Manager,
Mayor Lehman,
Fellow council members,
other town managers,
To all,
I write this morning because of a friend who called and notified me of the recent precedent setting case of  law. The suit appeared as the City of Costa Mesa in an attempt to save money by outsourcing services to private companies. As it turns out State law prohibits the city of CM or one like ours (General Law) to fire or layoff city employees in order to contract out for the same services to a private company. This friend prompted me because I have been discussing with him the Bankruptcy, corruption , and shenanigans of the Town. This precedent setting case appears to  prohibit certain current  proposed actions by the town.
He said as a Lawyer ,that it looks the your Town is walking into another loser of a landmark lawsuit at your expense. John Veruck stated such so eloquently at a recent council meeting that “we are good at losing at least we are consistent“ Am I surprised at this no, not at all. Am I disgusted to the point that I cannot stomach it and I want to vomit? Yes. In a recent email to me from  Councilman Rick Wood he stated that ” Please stop sending me emails I cannot stomach what you say” Well Mr. Wood , like wise touché!  I think the constituents of this town cannot stomach  the decisions of you or the rest of this corrupt government and council anymore.

Rick you and Eastman were on council when many of those salaries were approved and yet you want to maliciously do away with them.  I do not see how you folks can sleep at night.

To hear once again the town using illegal tactics to obtain an end result. This precedent case was published many months ago. It is the law of the land and you all knew it many months ago yet you continue your arrogant ways.  When are you folks going to learn. To continue voting on the new restructuring plan in the light of the supreme court’s refusal to hear the appeal would be reckless and probably subject to litigation. I don’t understand why you want to decimate the current staff and yet retain those High priced managers. It is my opinion that all of you and your actions are dishonest, arrogant, deceitful, devious, underhanded, and corrupt just to name a few.
It appears that one city employee of Costa Mesa has committed suicide apparently due to the shenanigans of his citiy’s attempt of outsourcing.
You folks are destroying our town and our way of life. Many have spoken recently of recalls and petitions. I have not seen one yet however I would think someone is going to get one going. You folks might have just tipped the scale for me to sign one. I will wait patiently to see how you folks handle this new mess.

Keep up the great work you are doing. 🙁

PS: You folks still have time to steer in a more responsible direction. Let’s all hope you will.

The preceeding is/was an opinion of the Author! An Act of Free speech.

We work to provide daily news to all of the Eastern Sierra, in the tradition of Eastern Sierra News Service and the Sierra Wave. We bring you daily happenings, local politics, crime, government dealings and fun stuff. Please contact us.
View all posts by News Staff →
Some see “threat” of outsourcing Town of Mammoth jobs
New community building opens
11 Comments
Newest
Oldest Most Voted
Inline Feedbacks
View all comments

FYI this link contains a document that outlines the procedures for recalling state and local,officials in California

If all the city council was recalled out of office today — who would be willing to step into the maelstrom of the problems they would leave behind? There is really no going back on any of the bad decisions that have been made. The debt to MLLA will still… Read more »

Ken is correct. There is such a lack of interest (other than complaints on this blog) in Mammoth, that two of the council,(Raimondo and Bacon) didn’t even have to campaign to get the job. Don’t think for a second that the council isn’t aware of the fact that they can… Read more »

Thank you all for your kind words. It appears that I helped to save a Job and overt a wrongful termination suit tonight. Actually, a potential fourth landmark lawsuit. It was stated by Marianna – our second town manager “we found out at 3:00 this afternoon, that for legal reasons,… Read more »

Well said and your sentiments voice the same concerns so many of us in Mammoth have.

What is it going to take for the town manager(s) and town council to LISTEN to the people they’re supposed to be serving (other than themselves….)?

The only requirements the town council needs are that they got the most votes. Except for Bacon and Raimondo who got the job just by showing up. And just look at the power the town council has: they can hire people (at-will) then tell those people they hired exactly what… Read more »

Councilman Power, Our President gave away more than $500,BILLION ( SOLYNDRA ). of TAX-PAYER DOLLARS to donors of his party that was just pissed away into the fat pockets of his buddies and you’re still crying about Eastman trying to get a relative a JOB !!! Give us all a… Read more »

The President before this one, was coerced by his VP whom he and his wife just happened to be former CEOs of Halliburton (oil) and Lockheed-Martin (weaponry) [Dick & Lynne Cheney], rushed to war in Iraq, (remember when Colin Powell said, “This (phoney proof of WMDs) is bull —-!, found… Read more »

That is less than the Iraq war cost the United States PER DAY while it was in full swing.

a bankrkupt nation
Reply to  dean

The Iraq war as bankrupted the nation trying to pay for it.
Where are the WMDs?
Do Muslim people love us now because of the destruction of their mosques and invasion of their countries?