Last summer, the Los Angeles Department of Water and Power scrambled to get a variance from the Great Basin Unified Air Pollution Control Board allowing for water savings on the Owens Lake dust mitigation project. 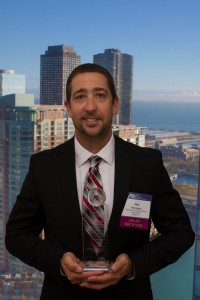 Great Basin has been working with LADWP for the last six months according to Air Pollution Control Officer Phill Kiddoo, to define Dynamic Water Management practices and assure both clean air and on-going water savings. The new State Implementation Plan should be completed by April 15, Kiddoo said.

That variance, supported by Inyo County, delayed the fall ramp up of shallow flooding on 14.79 square miles of the dry lake. Combined with small savings on mitigation projects, the water was added to the allotment for irrigation for valley ranchers and farmers during the fourth consecutive year of drought.

“We supported the variance as a test,” said Kiddoo. After data analysis on all areas of the lake, the conditions of the variance were put to a real world test and passed, according to Kiddoo.

One concern during the variance hearing last July was the amount of notice time to get water on a Dust Control Area within the identified 14.79 square miles if it became emissive. LADWP aced that element of the test. “They got water on areas that needed it within 24 hours of our phone call,” Kiddoo said.

Late spring ramp downs and early ramp ups in the fall are all part of the Dynamic Water Management Great Basin is incorporating into the new State Implementation Plan, a revision of the SIP handed down in the court judgement against LADWP in 2008.