By Charles James on January 21, 2021 in General Misc. Stories

On Wednesday, Sierra Wave and other local news media had a presser (Zoom call) with the Northern Inyo Healthcare District which began vaccinating people over the age of 65 and older last Thursday, Jan. 14, for COVID-19 per new state guidelines.

A special phone line had been set up for vaccine appointments. It was quickly overwhelmed with incoming calls. In fact, there were over 10,000 attempted calls on the first day, followed by just under 10,000 the following day, Friday. The following Monday and Tuesday call volumes dropped as they anticipated down to about 1,000 a day, most in the morning hours. Residents can also register for an appointment at the Inyo County COVID-19 website. 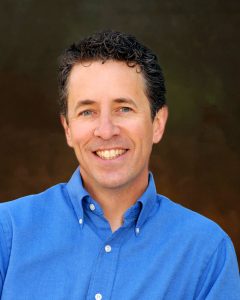 Dr. Stacey Brown, director of the Rural Health Clinic said, “The feedback so far is awesome.”

A smiling Dr. Stacey Brown, director of the Rural Health Clinic said, “The feedback so far is awesome.” He continued on, saying “We’re sitting at about 225 scheduled appointments until we hear from the county or the state on how many they’re going to allocate to us this coming week.”

As of Wednesday morning, Brown said, “We have 1,100 people on the waitlist.” The hospital hopes to scale up the number of vaccinations from 60 to 90 a day, or maybe even 120 a day, but it’s all dependent on vaccine supply.”

“We’re getting a lot of really great feedback, they’re (the public) so happy,” says Brown.

One woman shared with Dr. Brown that she had not been out of her house since February of last year, and only then to come “get our vaccine, which ‘made my day,’” said Brown. “I mean, that was like, ‘Okay,’ this is why we do this! It was motivating for the entire medical staff to hear.”

Brown hopes the “Christmas crush (surge) is waning, and the curve seems to be flattening.” But there is a new, much more contagious variant out with greater “transmissivity” that in recent days some health and medical authorities fear may create yet another surge. Addressing that concern, Brown said that “All we can do is keep our fingers crossed and hope the (lower numbers) trend continues.” It should be noted that reports say that all the current vaccines still work on providing an immune response on all the variants so far.

NIHD staff want to remind everyone that, as more and more people get vaccinated, having the vaccine isn’t a license to burn their masks. Even being vaccinated,” says Brown, “You can still transmit the virus.”

When Sierra Wave asked Dr. Brown if the flu has been a factor this year as feared, he said, “There has been very little, if any, this year,” and that “most likely is because social distancing, washing your hands, and wearing a mask ‘works’ to prevent infection from both the flu and Covid-19.”

Brown went on to say, “We have had two cases confirmed all season and we’re burning through flu tests. It would be such a much more complicated situation if you have to deal with COVID and the flu together.”

NIHD’s Chief of Nursing, Alison Partridge, says that  “the reprieve from the surge (for the medical staff) has been welcomed and we’re definitely seeing lower numbers at the hospital, which is fantastic.”

The good thing about having these pressers with NIHD is that local news media can keep our listeners and readers up to date with the latest information. Since the pandemic began ten months ago, we have come to accept that Covid-19 is here for a while longer, but there is “light at the end of the tunnel.”

The biggest difference we’re seeing now on our Zoom Presser calls is that there are more smiles on the faces and optimistic enthusiasm heard in the voices of the medical staff at NIH, along with a lot “thumbs up,” and admittedly a few “fingers crossed” All of which is a good thing. And don’t all of us, the public, the news media, our local health providers and the hospital workers, need that optimism about now?

I recently read that Ca. is #50 of 50 states and 7 territories at getting the vaccine out to the people.

Very close. 48th according to this : States ranked by percentage of COVID-19 vaccines administered: Jan. 22

According to the January 24th Washington Post, California has given 1,838,464 first doses, more than any other state. This puts them in a tie for 42nd place for first doses administered, and in 31st for completed two-dose vaccinations. https://www.washingtonpost.com/graphics/2020/health/covid-vaccine-states-distribution-doses/?itid=sf_coronavirus

It’s understandable that the vaccine is in high demand and there’s only so much to go around. But who in the county is pushing the state and vaccine companies to ship more? Are the Board of Supervisors sleeping? What about the county health department? Where are our community leaders through… Read more »

Do you believe that any of our local officials, or for that matter, our state officials have that broad a reach or kind of power and influence over our national politics and policies, not to mention influence with international pharmaceutical companies, and other national governments? They are neither omnipotent nor… Read more »

I think what Low is asking is if anyone in Inyo County has pressed the State to send more vaccine. Other local news sources reported that Mono County made calls and pestered the State into sending them nearly 3000 doses last week, pointing out that they are ready to go… Read more »

If you read my previous post, I’m not referring to the local healthcare providers. They’re doing an outstanding job. I’m referring to our local elected leaders. It’s their job to lobby for the safety and health of locals and so far, all we’ve heard is from the useless Sheriff who… Read more »

Thanks for the clarification. Frankly, Sierra Wave talks to elected officials, administrators, and health officials all the time as part of our ongoing coverage of this pandemic. Our impression is that they are doing all that they can…but you can also have too many fingers in the pie. More is… Read more »

For the record, Northern Inyo Hospital is doing excellent work in getting the vaccine they receive out into the community. They are NOT failing the community in any way. And they are not hoarding vaccine. The hospital has received only relatively small shipments of vaccine and what they have gotten,… Read more »