By Charles James on January 1, 2021 in General Misc. Stories 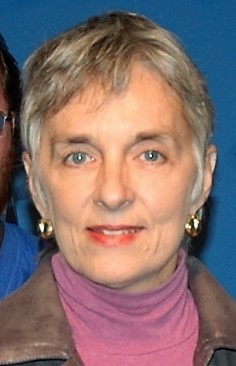 One of a Kind: Remembering Benett Kessler after six years

Sierra Wave Media announced six years ago that long-time Eastern Sierra journalist, founder and owner of Sierra Broadcasters, LLC in Independence, Benett Kessler, had died. The end came on Jan. 2, 2015, at the Northern Inyo Hospital after battling cancer for more than three years. She was only 65, a month away from turning 66. Her passing marked the loss of the Eastern Sierra’s most ardent, best-known, and effective journalistic voice for decades. Whether reporting on the news or offering commentary such as Bureaucratic Beat, Benett was truly “one of a kind.”

While I lay no claim to being a close, personal friend of Benett’s, I valued our limited professional relationship, and there were many times that I wished that I had been able to get to know her better. We spoke every one or two weeks by phone, usually discussing local news issues. She would call me every so often to see if I could look into something for her such as a local fire or a traffic checkpoint that had been set up somewhere close by. I’d grab my camera and go see what I could find to send to her. It came to pass that I would write occasional stories for the radio station news that either she, or more often, Bob Todd, would read on the air. 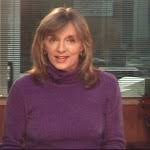 A familiar trusted face and a familiar voice for the Eastern Sierra.

Sometimes I would call Benett to forward a news tip or to discuss a possible story. Some things in the news are quirky or inexplicable as to what someone is thinking or had done. To that, she would sarcastically ask, “What’s that all about?” She was also the only person that I have ever known that used the word, “Jeez,” as in “Jeez, what’s that all about?” I loved it! I adored her. So too did many of you.

Sierra Wave listeners, readers, and viewers will remember well that Benett was a remarkably strong, independent, and interesting woman with an unending curiosity and knowledge on an astounding number of topics. She was a “tour de force.” She used her position and journalistic skills to protect the interests of Eastern Sierra residents and our environment. She did not suffer fools gladly.

I called Benett once about a story posted on the Sierra Wave website. A friend of mine had had his last name misspelled in an article on “Unsung Heroes.” It was Elliott with two-L’s and Two-T’s, and the second “t” had been left off. So, I made the comment that, “What’s up with these people that have two of the same letters at the end of their name that aren’t even pronounced?” There was a pause on the other end of the line and I could hear Benett, a woman with two letters at the end of her first name, laughing. It was then that I thought about it and said, “Oh, Benett, never mind,” and then we both started laughing. That’s what it was like talking to Benett…it was fun, engaging, full of wit and sheer delight. 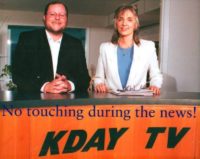 Bob Todd and Benett Kessler were a team that delighted station fans for years. Sadly, Sierra Wave lost Bob as well last January, 2020, a harbinger of the terrible year it would become for all of us .

On January 2nd of 2015, my cell phone rang. The caller I.D. read “Benett Kessler.” I remember answering the phone “Happy New Year, Benett!” being thrilled to hear from her. Only it was not her, but Bob Todd on the other end of the line. He wanted me to know that Benett had passed away that night and he was letting those of us that had worked with her know before the word was officially released. I appreciated his consideration. I was also devastated by the news.

I was aware that Benett had been battling cancer for the several years, but I had not known that it had gotten as serious as it proved to be. She never talked about it or complained about it. The last time that I saw Benett in person was at a Board of Supervisors meeting with her video camera, reporting, of course, on a LADWP story. She was, as always, a “presence.” Smartly dressed and poised, she was always “a class act.”

William Kahrl, author of the highly acclaimed Water and Power: The Conflict over Los Angeles’ Water Supply in the Owens Valley, wrote in noting her passing that, “she (Benett) was always a model of what journalism at its best can achieve. She was both an occasional scourge and constant inspiration to her community. And she was one of the most courageous people I’ve ever known.” 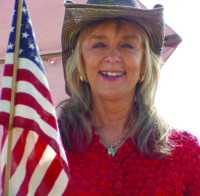 Benett’s “call to arms” as a journalist was “Comfort the afflicted and afflict the comfortable” ­− a phrase lifted ironically from American humorist, journalist, and writer Finley Peter Dunne in which she had her own interpretation: Never tolerate bullies or ignorance or those that abuse their power and authority.

To Benett Kessler’s memory: You had a tremendous personal impact on my values as a journalist, and you were a relentless champion for the community.

Thank you, Benett, for the example and the legacy you left behind for those of us working at Sierra Wave Broadcasting and for the people of the Eastern Sierra.

She was an amazing woman and her death was a loss to the community. As was the death of her good friend Kenney Scruggs. Strong, smart and accomplished women for young women to look up to.

I can’t believe it’s been that long ago . Seems like yesterday we (all of us who share our opinions often) were posting our thoughts & beliefs with Bennett , who would often post her agreements and oppositions in a friendly and never condescending way. She tackled a lot of… Read more »

Thank you for the article regarding Bennett Kessler, I had the good fortune of building a small friendship with Benett during the 80-90s, usually talking about the southern end of the valley or the grand jury happenings. Always a friendly,smart and to the point type of lady,again thanks for sharing… Read more »