Mammoth Lakes, CA. – Mammoth Lakes Repertory Theatre’s (MLRT) Artistic Director Shira Dubrovner announced that she is importing a one-man adaptation of the holiday classic to kick off the Christmas season at the Elks Lodge in Bishop for one weekend only – Thursday, November 29 to Saturday, December 1 at 7:00 pm and Sunday December 2 at 4:00 pm. The play is adapted and performed by Los Angeles actor, writer, director Gus Krieger (MLRT’s Baskerville: A Sherlock Holmes Mystery) and is directed by Drina Durazo – a frequent contributor to MLRT productions (Every Christmas Story Ever Told (And Then Some), All the Great Books Abridged, Baskerville: A Sherlock Holmes Mystery, and more). 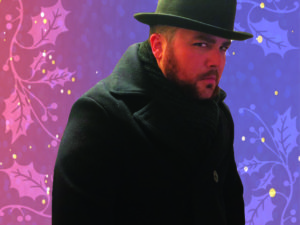 In Krieger’s adaptation one actor plays all the roles of this holiday classic, providing fun for the entire family. “I’m very excited to bring this show to the local communities,” stated Dubrovner. “Gus and Drina are a powerful combination of talent and there’s no story better to set the stage for the holiday season than Charles Dickens’ A Christmas Carol.”

KRIEGER is a Los Angeles-based writer/director/actor/producer of stage and screen. He is the Associate Artistic Director of LA’s Porters of Hellsgate Theatre Company, and with them has played such roles as Shakespeare’s Richard III, Shylock, and King John. His original stage plays include Deity Clutch, Sherlock Through the Looking-Glass, Breaking Bard, and The Armadillo Necktie, produced by the Porters, GDProductions, and The Group Rep at the Lonny Chapman Theatre. Awards include the Spirit of the Fringe Award for Best Writing, Stage Scene LA’s Scenie Awards for Best World Premiere Play and for Outstanding Production, and the Valley Theatre Award for Best Play.

“Like so many throughout the years, Charles Dickens’ A Christmas Carol captured my imagination at an early age,” stated Krieger. “A tale about one’s capacity for change (and, incidentally, the first use of time travel in popular fiction!), it’s a heartening, evergreen example of Goodness with a capital G, regardless of one’s own circumstance. 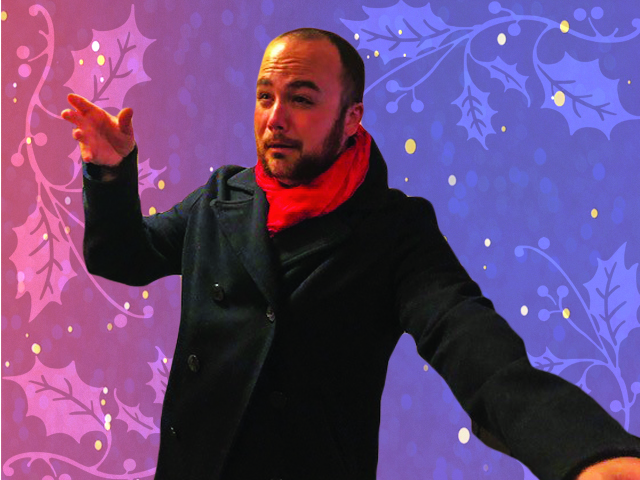 “As the powers working upon Scrooge do so largely from within,” Krieger continued, “it seemed a perfect story for a one-person adaptation. The inner and outer forces influencing this man could be dramatized in such a way that we see his fractured self, conflicted, at war, pulled about the stage quite literally.”

Director Durazo has been visiting the Eastern Sierra to direct plays since 2013. Past credits at the Mammoth Lakes Repertory Theater include: as director- Every Christmas Story Ever Told (And Then Some), All the Great Books Abridged, Baskerville: A Sherlock Holmes Mystery, and most recently The Ultimate Christmas Show (Abridged); as Sound Designer- 39 Steps (directed by Shira Dubrovner). In Los Angeles, Drina’s theatrical credits include: As director: Moon Over Buffalo, Hotel Paradiso, Don’t Dress For Dinner, Breaking Bard (adapted by Gus Krieger; winner of Best Play, Valley Theater Awards), and the World Premiere production of Gus Krieger’s The Armadillo Necktie (winner of 7 Scenie Awards); and as producer- Sherlock’s Last Case, Awake and Sing!, Lombardi (winner of 4 Scenie Awards), and Calendar Girls.Please join Mammoth Lakes Repertory Theatre at the Elks Lodge in Bishop November 29th to December 2nd for a charming and lively one-man adaptation of the Dickens holiday classic, fun for the entire family, A CHRISTMAS CAROL – THE ONE MAN SHOW. For more information and/or tickets visit MammothLakesRepertoryTheatre.org. 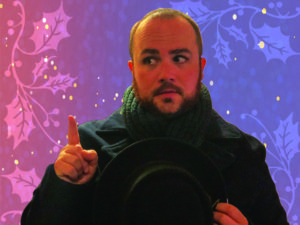 WHO: Mammoth Lakes Repertory Theatre
WHAT: A CHRISTMAS CAROL: THE ONE-MAN SHOW
WHEN: Thursday, Nov. 29 – Saturday, Dec. 1 at 7:00 PM; Sunday, Dec. 2 at 4:00 PM
WHERE: ELKS Lodge, 151 E. Line Street, Bishop, CA 93514
COST: Tickets online: $20/$18/$10; Tickets at the door $22 No discounts
RESERVE TICKETS: MammothLakesRepertoryTheatre.org
The Mammoth Lakes Foundation offers both free education (books and tuition) to any Mono County resident and/or high school graduate who pursues an AA degree at Cerro Coso Community College and year-round theatre programming at Edison Theatre. For more information or to make a tax-deductible donation to the theatre or to the Foundation, please contact Shira Dubrovner at 760.934.6592, the Foundation office at 760.934.3781 or visit MammothLakesFoundation.org.
Our nonprofit work is only possible through your generosity.