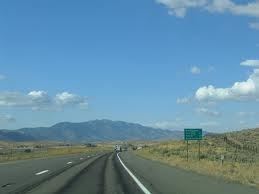 More on our talk with Digital 395 official, Mike Ort.  When asked when the Eastern Sierra can expect expanded band-width service, Ort said the current expectation is July of 2013.

Ort had earlier said construction of the new fiber optic line could start in April in Barstow and Carson City.  He also said that from those sites, the line could go to Mammoth Lakes in the north and Lone Pine in the south and on from there.

However, Ort also said the project will hit “critical locations first.”  He said internet service providers would be first on the list – Verizon, Suddenlink and others.  Ort said this would open up the “moratorium” in Mammoth Lakes and provide more service in other towns.

Digital 395 is a complex project – with the need for environmental approvals and permits from numerous federal, state and local agencies.  Those in charge have plodded through the process and feel they have almost reach the construction phase.

With all of its complexities, will Digital 395 have enough money to complete the project?  Ort said he believes they will have and may even be able to provide more hook-ups than originally intended.  The project received a total of $100 million in state and federal grants.  Ort said that depending on the bids they receive, there may be more service.

He did say government agencies are asking for a lot of money in fees so the project has tightened up to afford this cost.  Ort stressed that bids to construct the project are “very competitive.”  Originally, officials hoped to hook up 230 to 280 connections.  Now, Ort said, they hope to reach as many as 350.  “It’s like building a house,” he said.  “You have a budget, and you buy extras at the end if the money is there.”