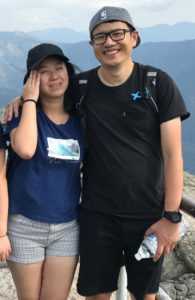 Jie Song (left) and Yinan Wang (right) were last seen at approximately 2 PM on Sunday at the junction of Crystal Cave Road and the Generals Highway in Sequoia National Park after attending a Crystal Cave Tour.

They intended to continue north to Kings Canyon National Park, stay the night in Fresno, and had reservations in Yosemite National Park on Monday, August 7. They did not show up for their Yosemite reservation.

The pair is driving a white 2012 Ford Focus Sedan, Plate # 6XMM431. The picture is not of their vehicle, but a sample of the same make and model.

SEQUOIA AND KINGS CANYON NATIONAL PARKS, Calif. August 11, 2017– Inyo County Sheriff’s Office and National Park Service officials are seeking leads to aid in the search for a missing alpine climber. On Thursday, August 10, the Inyo County Sheriff’s Office received a report of an overdue climber. 55-year-old Tom Fennessy intended to return from the Thunderbolt Peak to Mount Sill Traverse in the Eastern Sierra late in the day on Wednesday, August 9. 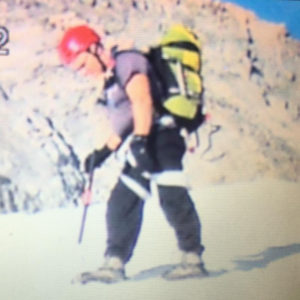 Mr. Fennessy was last seen early in the day on Wednesday, August 9, when he departed from companions at Sam Mack Meadow in Inyo National Forest, intending to complete the Thunderbolt Peak to Mount Sill Traverse, which is the border between Inyo National Forest and Kings Canyon National Park. His companions remained in camp, and reported him overdue the following day.

Mr. Fennessy is Caucasian, 55 years old, and 5’8″ tall. He was last seen wearing an orange jacket, red climbing helmet, yellow-green backpack, and black pants. He is familiar with the area.

The Inyo County Sheriff’s Office and the National Park Service are conduct a joint missing persons investigation and are engaged in active search operations. Due to the highly technical nature of the terrain, responding agencies are seeking leads and information from members of the climbing community that have been climbing in the Palisade area, especially in the vicinity of the Thunderbolt Peak to Mount Sill, since Wednesday, August 9.

Anyone who may have come across Mr. Fennessy, or have any other information, is encouraged to contact Inyo County Sheriff’s Department at 760-878-0383 or Sequoia and Kings Canyon National Parks at 559-565-4351 with their name, contact information, and additional details.