Sorry I’ve been gone so long. Been working on health-care reform. I know these things take time, but I’m officially sick of it. Wonder if I’m covered for that?

Myself, I try to deal with insurance companies the least I possibly can, kind of like mosquitoes. *(Writer’s aside: I was pondering what to say instead of “mosquitoes.” Religious zealots, lying Republicans, lying Democrats and thruthful telemarketers were my first thoughts. Yet, mosquitoes came to mind and I typed it in. Then, I realized some medical insurance companies are kind of like mosquitoes, sucking you dry for whatever they can.)* 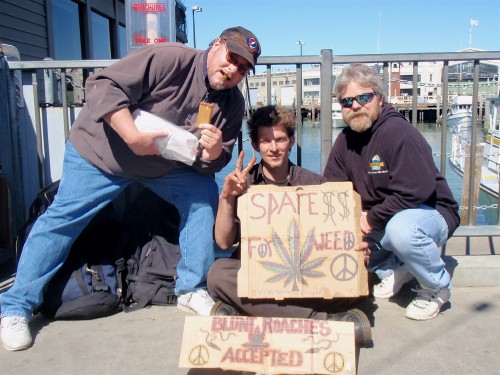 Self-editing note: Go easy on the “writer’s aside” from now on.

Finances, money. A close to second to matters of the heart (and, now that I think about it, other organs) in the realm of human existence.

My guess is that’s how it all shakes out in music, movies, literature and everything else in life: No. 1 – Love, physical and mental. No. 2 – Money, earned or stolen. And when you combine the two, you get Jesse James cheating on Sandra Bullock.

The story goes this James dirtbag was allegedly having a fling while Bullock was filming the movie in which she ultimately won an Oscar. She wins the award, and days later this sordid news comes out.

I know there’s been worse Hollywood stories, but since this was Miss Congeniality saving a busload of people while welcoming a poor, young man who was not of her race getting

Hold it. I’ve just been informed there’s someone entering the competition who goes by the name of Tiger (He can back up an 8-iron but not an SUV) Woods. Jesse, Tiger. Tiger, Jesse. You guys can exchange notes later.

I’ll be back soon, after I dwell more on the realm of human existence. Should make for another solid “writer’s aside.”

We work to provide daily news to all of the Eastern Sierra, in the tradition of Eastern Sierra News Service and the Sierra Wave. We bring you daily happenings, local politics, crime, government dealings and fun stuff. Please contact us.
View all posts by News Staff →
Bishop Chicken Ordinance Heads to the Voters
Citizens Organize Opposition to Judges