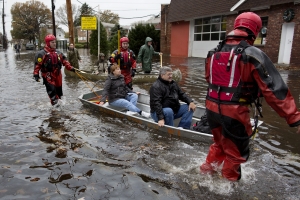 Even though the Hurricane Sandy disaster sits an entire coast away, all forms of media bring it home to us here in the Eastern Sierra.  Some here also worry about relatives on the East Coast.  The suffering of those without water, power and homes has become more obvious as days go on.  For those who have asked about how to help, here is one way – The Salvation Army.  We would appreciate any local service clubs or individuals who know of other ways to help to post that information in a comment on this story.  You can mail checks to the Bishop Salvation Army Corps at 621 West Line Street, Bishop, CA 93514.  Write Hurricane Sandy Relief Fund in the check’s memo line.  You can also go to this website to donate:  https://donate.salvationarmyusa.org/goldenstate/sslpage.aspx?pid=5274.

Here is what the Salvation Army has done to date to help those in need:

As response and recovery efforts to Hurricane Sandy enter week two, The Salvation Army continues to serve hundreds of thousands of storm survivors in coordination with partner agencies.
·        The most heavily impacted areas include New York and New Jersey where the focus remains mass feeding, shelter and emotional and spiritual care.
·        In coordination with volunteer and other partner organizations, The Salvation Army has helped provide hundreds of thousands of meals and drinks to impacted residents.
·        The Salvation Army is leading efforts at 17 locations in New York City to provide needed food, water and other supplies to Sandy survivors.
·        As part of a national coordination effort, multiple Salvation Army emergency disaster service experts from around the country have deployed to the East Coast to assist.
·        Corporate partners including the National Football League (NFL), the National Basketball Association (NBA), the Oakland A’s (MLB) Community Fund, and Eli Lilly have provided support to The Salvation Army’s relief efforts in the wake of Hurricane Sandy.

Current Hurricane Sandy service statistics and updates from the ground include:

In New York City:
·        As the lead agency for the City’s Food Access Plan, The Salvation Army is working with a broad coalition of partners from across the city to coordinate the distribution of badly needed water and food supplies to 17 sites in Staten Island, Queens, Brooklyn and Manhattan.
·        The effort brings together resources from several members of the Volunteer Organizations Active in Disasters (VOAD) including the American Red Cross, as well as the City Council, the NYPD, the National Guard and dozens of volunteers from across New York City.
·        With the assistance of 400 National Guard troops, service sites were established in public parks and playgrounds in the hardest hit areas. More than 600,000 bottles of water and nearly 300,000 packaged meals have been distributed to approximately 100,000 local residents.  In addition, meals are being delivered to the apartments and homes of shut-in residents in these areas.
·        The distribution center locations include Staten Island (two locations), Queens (5 locations), Brooklyn (2 locations), and Manhattan (8 locations).

In Nassau County, NY:
·        Meals ready to eat provided by the state and 1,000 blankets provided by The Salvation Army are currently being distributed to residents of Island Park, one of the hardest hit areas.

Nationally:
·        The Salvation Army maintains a fleet of disaster vehicles and supply warehouses across the United States to enable speedy mobilization.
·        There are more than 300 emergency response vehicles in the eastern and southern United States alone and nearly 600 units nationwide.
·        These units are able to serve thousands of meals and drinks per day when operating at full capacity.
·        In addition to food, hydration, and emotional and spiritual care, The Salvation Army is also prepared to provide:
o        Clean-up kits containing brooms, mops, buckets and cleaning supplies
o        Hygiene kits
o        Shower units
o        First-aid supplies
o        Communications support

Monetary donations are the most critical need as supplies and personnel move into the areas of greatest need.
·        The Salvation Army is extremely gratified for the continued support of the donating public.
·        To date, the Army has received more than $1.7 million in online donations alone to support relief efforts, and more than $122,000 through 1-800-SAL-ARMY.
·        Donors are encouraged to give online at www.SalvationArmyUSA.org or by calling 1-800-SAL-ARMY (1-800-725-2769).
·        You can also text the word “STORM” to 80888 to make a $10 donation through your mobile phone; to confirm your gift, respond with the word “Yes.”*
·        Those interested in volunteering should register at www.disaster.salvationarmyusa.org. Please note that disaster service training is a prerequisite for volunteering in a disaster zone and not all registered volunteers will be called on to serve.
·        Due to the high expense and time demands associated with delivering your gently-used household goods and clothing (gifts-in-kind), The Salvation Army cannot guarantee that any individual gifts-in-kind donated now will be sent to the disaster area. In times of disaster, our stores fill these needs from existing, pre-sorted stock. By continuing to donate gently-used household goods to your local Salvation Army store, you not only help your community, you help us prepare for future disaster relief needs. To find your nearest drop-off location, please go to www.satruck.org.
Checks may be made out to The Salvation Army Disaster Services Center, PO BOX 1959 Atlanta, GA 30301. Please designate “2012 Hurricane Season” on all checks.
·        Corporations, foundations and others interested in donating to The Salvation Army response effort should contact Janella Eccleston at [email protected]salvationarmy.org or 845-620-7730.