By Community Reports/Events on November 2, 2022 in Obituaries 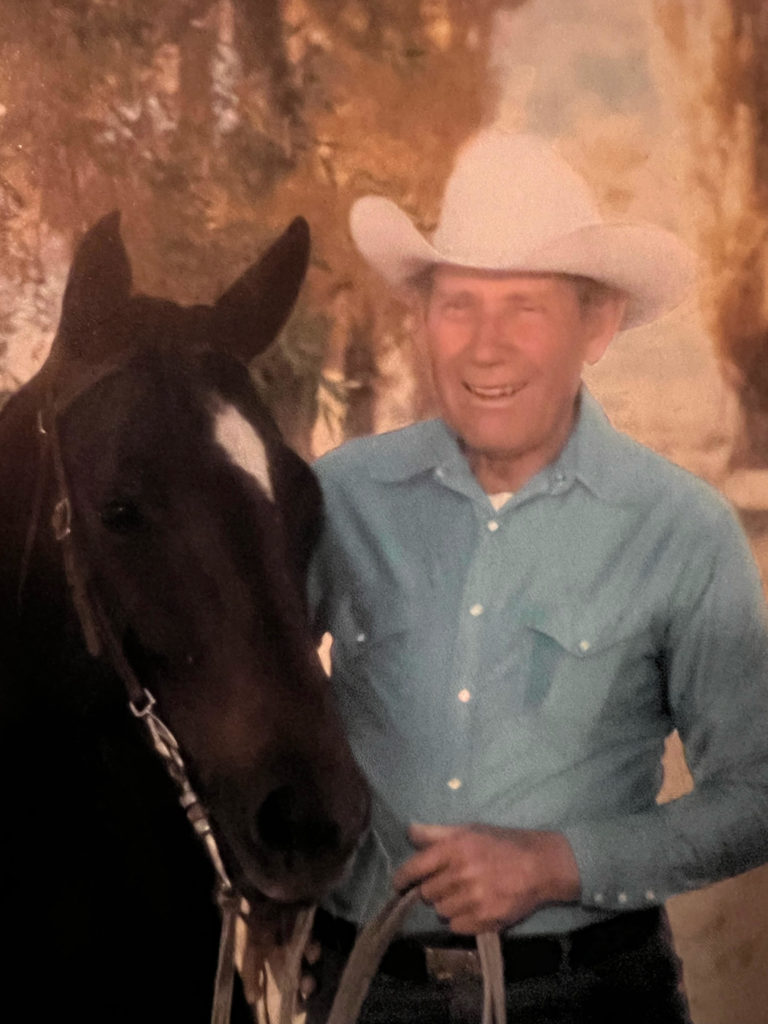 Jack graduated from Bishop Union High School in 1949. Jack was a natural athlete and excelled in sports as a Bishop Bronco. Following graduation, he was recruited by the Pittsburg Pirates as a left- handed pitcher. He played baseball from 1950-1952. His professional baseball career was cut short when he was drafted into the United States Marines in 1952. Jack was stationed in El Toro, California. It was there that Jack began courting Pat Reeves Dorrah, who he had met in Bishop earlier and now worked at the nearby air base. After proposing with a ring buried in a ring box full of horse droppings, Jack and Pat were wed on June 7 th , 1954.

Following their marriage, the couple moved home to Bishop, CA to join the family cattle and horse ranch. Once home, Jack and Pat were blessed with three children: Terry, Todd, and Tani.

Jack was a true horseman with an affinity for breeding, calf roping, and the cutting arena. Jack’s career in the horse breeding industry began in 1946 when his family purchased a
direct descendant of Wimpy P-1, the first registered quarter horse. Jack and the ST Ranch were recently given a prestigious award for 75 plus years breeding American Quarter Horses.
Their horses have been instrumental for many local ranches and cowboys across the west for generations.

Jack also had a keen eye for business and acquired several parcels of farm land in Iowa. He and Pat enjoyed annual cross-country adventures to their Iowa farms for years.

Jack is survived by his children, Terry (Jerry) Laird, Todd Tatum, and Tani Tatum, all of Bishop, and grandchildren Travis and Justin Laird. Jack is preceded in death by his parents, Slim and Hazel and daughter-in-law, Lorraine “Lori” Tatum.

Graveside services for Jack Tatum will be held Thursday November 10 th at 11am at the East Line Street Cemetery.