By News Staff on April 2, 2015 in Government Agencies/Utilities

Pastor Daniel passed suddenly before dawn on Saturday March 28, while sleeping, only to awaken in the presence of his Creator and Lord Jesus Christ. All who know and love Daniel are trying to imagine his joyous surprise. This was how he always wanted to Go.

Dan was born in Highland Park, California to Clara E. Nelsen-McClenaghan and Willis C. McClenaghan Jr.  He grew up and attended school in Anaheim Ca. Daniel met his wife, Barbara Cox in late 1973. In 1974 they drove to Nevada and married, separating soon thereafter. The joke was, you had probably missed their commitment if you blinked. It was like trying to work 2 mules unequally harnessed together. God, however, had a plan. In 1976, Daniel gave his life to Jesus and returned to California to pursue genuine marriage. On April 2, 1977 Dan and Barbara renewed their vows under the Lordship of Jesus Christ… and the rest was history.

Daniel worked and pastored in Tonopah, Nevada and Bishop, California. He loved serving his God, family, church and friends. Dan also loved playing his guitar, wrote songs, made music albums and created jewelry. Everything he worked at, was so that he could serve others free of obligation. He was led into Christian radio work during the latest phase of his life’s work, having a desire to let people hear God’s Word, and help other Pastors do the same.

Daniel is survived by his beloved family: wife Barbara, daughter Audra Huston and son Raith McClenaghan. Grandchildren: Bill Huston Jr., Grace McClenaghan, Maureen McClenaghan, Anna Huston, Danny Huston and Joseph Huston. Great grandson Malachi Rangel and great granddaughter Noelle Farley. In addition, he would consider his very cherished friends whom he felt honored to serve, whether it was teaching through the Bible or pushing cows in Nevada and filling wells for livestock.

The memorial service will be at Calvary Chapel, 125 S Main street, Bishop California on Saturday April 4, 2015 at 3:00 pm. Our Dear friend, Pastor Jim Davis of Pastoral Training to Asia will officiate.

Irmalee “Lee” Walker, born in Goodrich, CO, on May 27, 1925, passed away at her home in Bishop on March 20, 2015. Lee and her husband and retired in Bishop 20 Years ago to be near two of their children and granddaughter; they made many friends while living here. 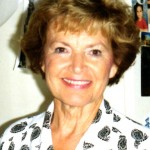 Lee was a loving and caring wife, mother and friend. She was preceded in death by her husband of 60 years, J. Kimball “Kim” Walker, and is survived by her four children, Janice, Bradley, Kimberlee, and Terry, as well as three grandchildren. Lee will be missed by all who knew her.

Irmalee “Lee” Walker, born in Goodrich, CO, on May 27, 1925, passed away at her home in Bishop on March 20, 2015. Lee and her husband and retired in Bishop 20 Years ago to be near two of their children and granddaughter; they made many friends while living here.

Lee was a loving and caring wife, mother and friend. She was preceded in death by her husband of 60 years, J. Kimball “Kim” Walker, and is survived by her four children, Janice, Bradley, Kimberlee, and Terry, as well as three grandchildren. Lee will be missed by all who knew her.

On Sunday, March 29, 2015, our friend, sister, confidant and all around angel, Kelsey Collins, chose to end her life here on Earth. 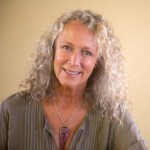 Kelsey Collins was an acclaimed author, elder advocate, healer, and vivacious speaker acknowledged by her peers for her expertise in elder care and her life’s work towards redefining the caregiver-caregivee experience.

Kelsey’s daily, moment by moment practice was to keep her heart wide open, no matter what. She assisted and inspired others to do the same, by reminding us that we don’t die any differently than we live. Her book, “Exit Strategy,” reminded us that we have control over how we think about death, and possibly even the way it will look when we transition from this world to the next.

“We are all going to exit at some point, and perhaps our own exit strategies will help to live each day we have here more fully, genuinely and lovingly.” ~ Kelsey Collins

That was Kelsey through and through. She was preceded in death by her son Chase, and the love of her life, Bruce Capitan, who crossed over in October of 2009.

There will be a Celebration of Kelsey’s life this coming summer on the backside of Horseshoe Lake, one of her favorite places to meditate in the Mammoth Lakes area.  Date and time TBA.

John Rider Walls, Jr., of Mammoth Lakes, CA died on March 19,2015 from complications following a long illness. He was an accomplished aeronautical engineer, avid skier and outdoorsman, and a true man of Mammoth. 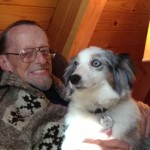 John first discovered and fell in love with Mammoth Mountain in the early 50’s, while stationed at Edwards Air Force Base. in the early days, he and his friends would make the long drive north at the end of the week then, at first light, lift their skis onto their shoulders for the hike up the mountain, and ski until it was time to head back south.

He bought a piece of land in Mammoth Lakes in 1958, built a small A-Frame cabin on it in 1960, and from then on Mammoth became the home to which he always returned. in 1998, he and his wife Andrea moved there permanently to continue enjoying – on a year-round basis – the incomparable landscapes and pastimes the area offers, and the many friends they came to know and love there.

John was born in Dubuque, Iowa in 1 930 the youngest of four children of John Rider and Eunice Lyon Wallis. He was six years old when his mother died suddenly of pneumonia. It was a defining moment In his family’s life and, in fairly short order, his two older brothers and his sister all followed the family tradition of military service and shipped out for the European Theater of WWII. Alone at home with a proud but grieving Dad, John was – even then – a young man of not too many words.

But the solitude he experienced then, and the focus and determination it inspired, were exactly the qualities that would make him such a perfect candidate for the intensely disciplined., analytical and creative world he eventually entered … of high performance, highly dassified, aircraft design.

After graduating from MIT in 1952, he joined the Air Force and was assigned to the Flight Test Center at Edwards Air Force Base. The work he did there Led to him being hired into Lockheed Martin’s Advanced Development Projects Unit, also known as the Skunkworks, which built the A-12 Blackbird spy plane for the CIA, the SR-71 for the US Air Force, and the F-117 Nighthawk Stealth Fighter.

John was a flight test engineer and flight test manager for all of these planes, which were the defining weapons of the Cold War and remain the fastest planes ever to be deployed for combat. They were designed and tested In the total secrecy of Groom Lake, Nevada. also known as Area 51.

Because of the impossibly tight timeframe and game- changing stakes Involved, the charge given to the engineering and design teams of Skunkworks, John and his follow TMRoadRunners” were charged with roimagining the limits and capabilities of flight, and they succeeded spectacularly.

At the time of his death, John and his wife Andrea had been married for almost thirty years and he had been welcomed into the lives of Andree’s children Kevin Kelly, Mariearine Burley, Sean Early and their children and spouses. In addition to them, he is survived by his son John Rider Wallis Ill, his nephew John William Wallis and his nieces Renee Walls, and Isabella and Suzanne Badoux.

John accomplished so much, lived so richly, worked at the highest levels of his field, but still found quiet comfort in the simple aspects of life, family and nature.

A Celebration of John’s Life will be held on June 21st, to coincide with his and Andrea’s tradition of hosting an annual Summer Solstice Party.