By News Staff on April 2, 2015 in General Misc. Stories, Obituaries 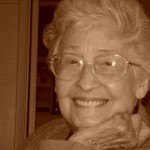 Whe she was at the age of two, her parents moved to Imboden, Arkansas due to her father’s health.  When she was  six years old, a baby brother was added to the family.  When Ida was eleven, her father died from pneumonia.  At eighteen years of age,  Ida made a trip to Texas and met the loveof her life, John W. Williams, Jr  aka “Cotton”.  One year later they were married in 1942.  He went  TO World War II and Ida and the family moved to Bakersfield California.  When the war ended they began their family.  Katherine Loretta was the first born, and John Walter was the second.  Ida was preceded in death by her  husband and both children

She is survived by a large family, including seven grandchildren, Ron Williams, Don William and his wife Iris, Chancie Young and husband Brian, Ted Ohama and wife Tracy, Kathy’s children.   John Williams, Jeff Williams and wife Tami, and Jared  Williams from her son John.  She leaves many great-grandchildren and great-great grandchildren. She passed away with her family by her side.

Her family came from all over the country to be with her.  She is going to be greatly missed.  She was so beautiful inside and out.  She loved and cherished all of her family and  she loved all her foster kids and friends.  She was a dedicated Christian and loved her church.  She is now home with the Lord, her husband, daughter and son.

Services will be held Saturday, April 11, 2015 at 11:00 at the Crossroads Church 315 South Street in Bishop with Pastor Jake Evangelist officiating.  A reception  at the church will follow the interment at the West Line Street Cemetery. 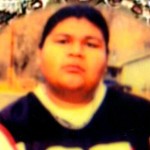 Eldan had the biggest heart. He was always happy, and he was very giving and always willing to help. He enjoyed wood splitting, pine nut picking, drawing and being outdoors. He was the type of person to give the shirt of his back if asked. He was a great big brother and son. He will be forever missed.

Graveside Services will be held at 11:00 am on Saturday, April 4, 2015 at the Sunland Indian Cemetery on S. Barlow Lane in Bishop. Pastor Linda Spratt will officiate.  A Cry Dance will follow.

A potluck will be held at the Head Start/Bishop Indian Community Center at 405 N. Barlow Lane, following services. 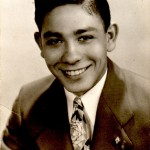 Bennie was a loving father of 3 children. He left this world to join his wife, mother, father and brother. He was a very kind and giving man, those that knew him always talked about his laugh and loved to tell jokes to make people laugh with him.

Bennie is survived by his daughters Liz Arebalo of Atascadero, Carrie Davila of Atascadero and Mary McCorkle of Sacramento along with  grandchildren Brandy of Victorville, Timothy of  Colorado, Paul, Gary, Nichole, Carrie of Sacramento, Cherie of Orcutt, CA, Anissa of Sacramento and Siahna of Colorado. We will miss him with all our hearts.

A family service will be held for Bennie in his home town at a later date.