By News Staff on May 9, 2016 in Entertainment/Local Events/Activities, General Misc. Stories, Public Event 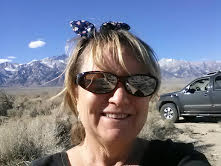 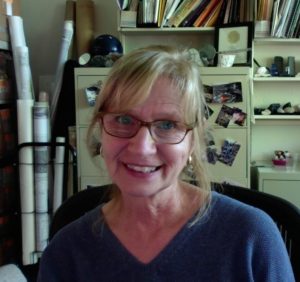 The lecture will be held at the Page Center on the SNARL campus (Sierra Nevada Aquatic Research Laboratory), 1016 Mt. Morrison Rd., Mammoth Lakes and begins promptly at 7:00 p.m. Please arrive 20 minutes early to allow for parking and finding a seat.

Thank you for leaving your dogs at home as no dogs are allowed on the SNARL campus. The lectures are not suggested for young children.

The SNARL Lecture Series runs every Tuesday night throughout May and the topics are based on various local scientific research and interests.

A licensed California Professional Geologist and a Certified Engineering Geologist, she holds geology degrees with her B.S. from Cal State Long Beach and an M.S. from San Diego State University.

Cindy is a certified Department of Homeland Security Instuctor/NDPTC and has worked for more than 20 years within the California Geological Survey on the Seismic Hazard Mapping Program producing liquefaction hazard maps and reports primarily for southern California. She works closely with the California Office of Emergency Services for emergency response planning and public outreach for earthquake, tsunami, and volcanic hazards.

Cindy’s part of the presentation will provide an overview of the faults within the study and their corresponding earthquake scenarios, with an emphasis on the associated seismic hazards including fault rupture, ground shaking, landslides and liquefaction.

Dr. Margaret Mangan is the Scientist-in-Charge of California Volcano Observatory, one of the five USGS observatories responsible for issuing timely volcano hazard warnings in the US.

Margaret joined the USGS in 1983, moving from her initial posting at USGS headquarters outside Washington D.C. to the Hawaiian Volcano Observatory in 1990, and then in 1998, to the USGS Menlo Park California campus. Margaret holds a PhD in volcanology from Johns Hopkins University.

Throughout her career, she has conducted field, laboratory, and theoretical studies to determine conditions that trigger volcanic eruptions and control eruption intensity. She is Editor-in-Chief of the Journal of Volcanology and Geothermal Research, and is an elected Fellow of the Geological Society of America.

Margaret manages a staff of over 40 scientists and technicians, leads the monitoring efforts at eight potentially hazardous California volcanoes, and works with emergency management authorities at all levels of government. She is a Course Developer and Instructor for the Federal Emergency Management Agency Volcano Crisis Awareness training in California and she has responded to numerous volcanic disturbances in Hawaii, Alaska, California, and the Caribbean.