Bishop won’t be seeing a North County Courthouse soon, but the idea may be slowly coming out of the grave it sank into roughly five years ago.

Inyo County’s Court Executive Officer Pam Foster gave the City Council an update on the Judicial Council of California’s plans for new courthouses. According to Foster, the Council controls funding and operations state-wide and has allocated $5.34 billion over the next five years for 33 projects. Inyo’s second, north county, courthouse is ranked number 28 with an estimate of $50 million. So, from that perspective, Bishop looks pretty good.

But, Governor Gavin Newsom has allocated $2 billion over the next five years for five projects each year, leaving Bishop high and dry.

The key may be having a project ready to go as soon as Newsom and the Council resolve the discrepancy. Foster’s theory: a courthouse in the parking lot north of City Hall may be viable; the proposed courthouse is do-able on a one-acre parcel with two courtrooms and the necessary other spaces and services. Best of all, Inyo’s needs are relatively small and would serve as a little project Newsom can check off his list.

A MacIver Street location was under discussion seven years ago. But, part of the open land on MacIver is about to close escrow for an affordable housing complex.

Presiding Judge Brian Lamb attended the session. “My idea was to have the courthouse in the center core,” he said. “It’s critical to the efficiency of the court. We can address issues of parking.”

City councilmembers were enthusiastic. Jim Ellis was enthusiastic even before he got on the Council. “My goal was the courthouse would improve the city,” he said. “It could kick start revitalization.” 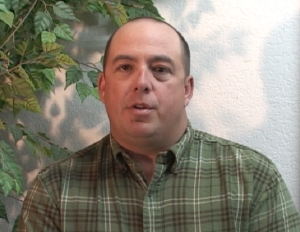 Another idea: eliminating Church Street, which currently separates the city offices from the parking lot, could provide enough room for both parking and a courthouse. Stephen Muchovej thought it might be possible to combinie the courthouse with new facilities for Bishop Police Department, but Lamb explained funding streams were totally separate for courts, police and fire departments so coordination would be difficult at best.

Foster’s concept is a 35,000 square foot building on an acre with two courtrooms, inmate holding, attorney/client meeting rooms, security screening and a self-help center. One downside to a second, north county courthouse: the jail is in Independence and those defendants held in custody would have to be hauled back and forth for court appearances.

You ever see nice folks hanging around a courthouse? Generally not. Let’s not pretend it would be a nice addition to our downtown core area.

The courthouse is essentially already operating at this location…

This what happens when somebody yells “free money!”.

How about just renovating the old courthouse at a much much lower cost. Or renovating a vacant existing building in Bishop. You keep a historic building in a struggling town, minimize the footprint of new buildings in Bishop and can conduct business at both to ease travel when necessary. The… Read more »

As good an idea as it may be, the design requirements for a courthouse make it exceedingly difficult to retrofit an old building (security issues, etc) – otherwise they would have probably already considered just retrofitting the building they’re already in.

Agreed $50 Million? I see an opportunity at the closing K-Mart probably much cheaper and plenty of parking.

It would be lovely to have the court house within walking distance to City Hall, thus creating a civic center with public spaces and public art. The integrity it would create for Bishop and it’s judicial system would foster thoughtful design, economically, environmentally and certainly esthetically. The design of the… Read more »

Janice we already have a courthouse in City Hall. I’m sure the criminals will enjoy the new 50 million dollar courthouse though. Are you related to Elaine Kabala from the Bishop planning commission?