Inyo’s Board of Supervisors whipped through six timed items dealing with rezoning, voting systems and fee increases, the most notable a significant bump up for adoption fees at the animal shelter. 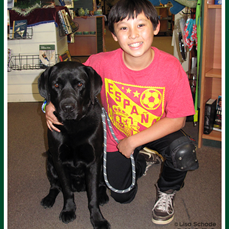 According to Sheriff Bill Lutze, the $10 adoption fee was established in 2004 and the proposed $50 fee per animal is an attempt to balance the increase in costs at the shelter.

The Board expressed concern that the 500-percent increase would result in a significant drop in adoptions. One Supervisor, who will remain unnamed to protect him from serious backlash, even suggested a $50 fee for a cat seemed outrageous. “Cats should be free,” he said. “People should be paid to take cats.”

The suggestion to increase dog license fees, from the suggested $30 per un-spayed or un-neutered dog, $15 if spayed or neutered, to keep adoption fees lower also fell on deaf ears. Lutze explained the value of licensing was really a public health issue as licensees had to show proof of rabies shots annually.

Impound fees to bail strays out of the shelter will be going up to $50 for the first day and $10 for each subsequent day. Currently impound fees are $20 a day.

Three-strike unaltered stray dogs will be in a world of hurt. Owners can only reclaim the repeat offender if it is spayed or neutered through the shelter, by a veterinarian of the owners’ choice or within 10 days of release.

Lutze suggested the adoption fee be dropped to $40 with the rest of the ordinance’s fee structure as recommended. Any impact on adoption rates could be evaluated at a later time and changes made by resolution.

The ordinance will get its second reading October 10; if approved, will then go into effect in 30 days, November 9.

One final word in support of cats: licenses are not required, nor are they picked up as strays.

County Clerk-Recorder Kammi Foote has negotiated the contract for an up-dated voting system down to a tentative $250,000 from the estimated $650,000 cost. Dominion Voting Systems was the successful bidder to Inyo’s RFP. The contract and the price tag will be finalized once Foote has additional conversations with Dominion to “make sure we’ve got the right system,” she told the Board.

Can’t these “authorities” and “board of Inyo County Supervisors ” come up with better ways to make more $$$ than this ?….only going to hurt the animals…less adoptions…longer stays at the shelter for the pets…less people buying licenses,meaning harder for a lost dog to get back to it’s owner….more possible… Read more »

Into County needs to rethink this one.We have one of the best shelters in the nation and you are about to take price our lower income folks out of the market. Fifty dollars means a lot of families will have to say no to adopting a pet in need .… Read more »