News in brief for our two counties: Suddenlink Communications announced finalization of its purchase of NPG Cable and 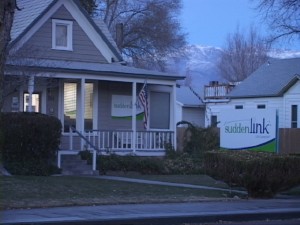 This transaction places cable television in all of the Eastern Sierra under one company. NPG’s cable systems include operations in Missouri, Mammoth Lakes and several Arizona communities.

Meanwhile, in Inyo County courts, the murder trial of Edward Keller was set to continue Tuesday. Keller faces one count of murder in the death of a man on the Bishop Indian Reservation over a year ago. The case has gone to the jury. They have deliberated roughly two days and will return to deliberations Tuesday.

***
Another murder case from Inyo goes to jury trial in Ventura County Tuesday,
April 5th. The defendant is Louis Leplat. He is accused in the stabbing death of a man on the Bishop Reservation almost two years ago.

Leplat’s case was involved for many months in a change of venue motion, which his attorney won. Then the issue of counsel was raised. He now has an attorney in Ventura County who will handle the trial.

We work to provide daily news to all of the Eastern Sierra, in the tradition of Eastern Sierra News Service and the Sierra Wave. We bring you daily happenings, local politics, crime, government dealings and fun stuff. Please contact us.
View all posts by News Staff →
Inyo-Mono Supervisors: Fireworks, state budget, firearms
Jury finds Keller, Jr. guilty of murder/ use of deadly weapon