By News Staff on May 25, 2015 in Entertainment/Local Events/Activities, General Misc. Stories, Public Event

Bishop, Ca – May 14, 2015: Sierra Wave Media has a new management team, after the death of veteran Eastern Sierra journalist and station founder Benett Kessler, and the team pledges that goal one will be to continue her vision: to be a voice of fair and
accurate news reporting for the region. 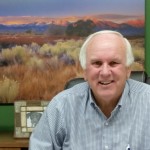 Bill LeFever, the longtime sales manager for KSRW-­FM 92.5 and 96.5, channel 3 and SierraWave.net, steps into Benett’s role — running day to day operations as Station Manager, along with assistant Lynn Kasper.

“Benett’s wish was that Sierra Wave Media would continue to operate, and that is just what we plan to do,” says Bill LeFever. “We want to continue the legacy and make Benett proud.”

With LeFever are two other close friends and business allies of Ms. Kessler, Dr. Scott Clark and Hans Laetz, who bring a wealth of judgment, business acumen and media experience to the company. 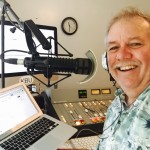 Hans Laetz, a longtime Los Angeles TV news editor and manager, is the station’s part­time General Manager. He will focus on improving technical capabilities, format and programming efforts, and long­range planning and acquisitions. Laetz just put a new radio station, KBUU­FM, on the air in his hometown, Malibu.

LeFever, Clark and Laetz said they want the Eastern Sierra to understand that the biggest change will be the management structure only, to ensure the growth and development of the business. Their jobs is to support the staff, who remain on board to
maintain the daily delivery of news, information and entertainment.

Sierra Wave Media is known as the best in Inyo and Mono county news, sports and weather and will continue to provide quality coverage spearheaded by Bob Todd with reporters Deb Murphy and Charles James.

Bob Todd remains as host of the morning show to deliver his well­loved and unique style of entertainment.

Catherine Hurdle, whose sublime voice and quick wit will continue to be heard on the airwaves, will host the afternoon show and retain her position in Audio/Video Production.

The experienced television production team of Chris Replogle and Ron Alexander will keep the Local News and Outside Television programming on screen and on schedule on TV3, delivering a constant source of ever changing current news and fascinating
lifestyle shows.

The best of the old and the new will continue, with longstanding favorites like “The Jazz Show” with John Wedberg, who hasn’t missed a single show in over 15 years, and new shows such as The Drive on 92.5 with Rob G. Plus, Sierra Wave Radio 92.5 & 96.5
will be adding new music to freshen up the overall sound of the station.

SierraWave.net, the online portal for the business, is the number one source for local news in the Eastern Sierra, and will see major advancements in technology, interactivity and general improvements in the coming months.

Started in 1996 by Benett Kessler as KDAY 92.5, the station’s call letters changed to KSRW in 2003. The launch of a local TV station and a full­service web site made the company a true media conglomerate, with a 360 degree offering to residents of the Eastern
Sierra from Little Lake to Bridgeport and, via online streaming, the world.

I truly miss Bennett. She never did me wrong and I trusted her as a reporter. She was also a good person and very sincere. Be thou at peace.

I am extremely happy to hear that the show will go on “Bennett Style”. No criticism of whoever has been at the helm since our BK left us….maybe there just hasn’t been much to report on, mostly because of the fact that there haven’t been any negative stories involving the… Read more »

Great man. =) Benett would be proud.

Best of Luck Sierra Wave Media, one of my faves..
Also The Drive with Rob G spices up the Wednesday and Friday evenings a lil bit, I like it! Keep up the good work..

so glad to hear this. Benett and John Heston were amazing people. I’m glad to see their vision continued. It was unfortunate to lose Benett so young.

Thumbs up Sierra Wave . You are and have been a cornerstone of the Eastern Sierra, keepers of the gate, Ms. Kessler’s dream come true. Had a thought that maybe one day we could once again hear editorial pieces reminiscent of the Bureaucratic Beat.