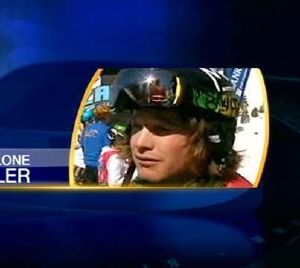 Coroner’s Investigation into the death of a New Hampshire man

On the afternoon of Sunday, April 7, 2013, at approximately 12:45 p.m., Mono County Sheriff’s Office Dispatch received a call regarding an unresponsive male in the Mammoth Lakes area.

Miller was well known in the snowboard circuit. His brother is also an athlete, Olympic gold medalist skier, Bode Miller. According to the Associated Press, Miller hoped to make the U.S. squad in snowboardcross for the 2014 games.

the major media is reporting he died from a seizure…possibly related to the after affects of a motorcycle accident in the past. Doesn’t sound like he did anything wrong or died from sleeping in his car. Sorry you lost a friend.

Snowboarding (like playing with guns) can be a dangerous sport. I know I get nervous when around them on the hill (how can they see you?) And speaking of guns … SACRAMENTO, Calif. (AP) — California lawmakers took their first step toward moving a package of gun control bills Tuesday,… Read more »

Not a very good finding. Sleeping in his VAN, WTF. He has enough friends in town were he didn’t have to Live or Sleep in his Rig? AH Chili I really hope this story doesn’t get any worse.What’s Happen can never be changed. I hope we all learn from this… Read more »

cat
Reply to  NO WAY ChILI

“NO WAY ChiLi” you are a sheep my friend. Sleep well at night dreaming of realities you know nothing about. He had many a friend, he had a roof over his head, he was found by a friend who realized he was not in his room. Some compassion for those… Read more »