When it comes to state, national and international media attention, plus a sizeable local political base, Steve Searles of Mammoth Lakes is the champ. Even as Searles' high-powered recognition grows, Mammoth's Mayor asked him to hand over his police department badge, issued for his work with bears. 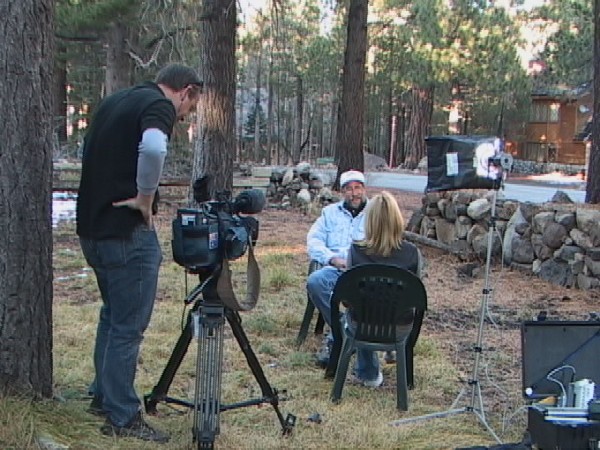 Why can't the Town of Mammoth work things out with Searles? Officials, themselves, seem somewhat unsure, but the Mayor says he hopes Searles can be brought back to his work with bears in town.

Mammoth Mayor Skip Harvey said that since the Town could not work out a contract with Searles, he had to ask for the return of the badge.

The Town had hired a special investigator and an attorney to look into Police Chief Randy Schienle's treatment of Searles and related issues.

Mayor Harvey was waiting for a report from the investigator. He said he has not given up on Searles working with the Town. "I hope that in February or March we will be in a position to get him back."

The media calls continue, with a growing fascination in Searles' ability to bridge two species, as one man put it, so that bears and people can co-exist.

NBC news visited with Searles last week and will air a story soon. They interviewed locals who told the network reporters that there are no bear problems right now and when there is a problem, they call Steve.

Searles himself declined to comment on the investigation. He said he's waiting for the report, and meanwhile thanked community members for their support.

We work to provide daily news to all of the Eastern Sierra, in the tradition of Eastern Sierra News Service and the Sierra Wave. We bring you daily happenings, local politics, crime, government dealings and fun stuff. Please contact us.
View all posts by News Staff →
Owens Valley School Unrest
Missing Climbers Found Alive