The Eastern California Museum in Independence will be open to the public during its regular hours, from 10 a.m.-5 p.m., on Veteran’s Day, Thursday, Nov. 11, 2010, The museum will also be open for the entire Veteran’s Day weekend. 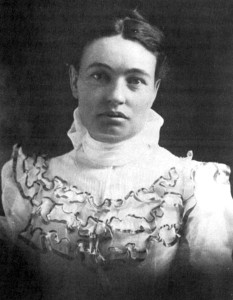 The bookstore contains a large section of non-fiction and historic accounts about Inyo County, the Owens Valley, California and Owens Valley water history, Native Americans, mining, camping and hiking, and Eastern Sierra plant and animal reference works. The bookstore also has a wide selection of the fictional works of noted Victorian author Mary Austin, many of which are set in the Owens Valley and Independence, where she once lived. Of special note is a new edition of “Land of Little Rain,” Austin’s first and most popular book.

The Eastern California Museum and Bookstores is located at 155 N. Grant Street, three blocks west of the historic courthouse in Independence, and is open from 10 a.m.-5 p.m. on weekends and weekdays. Call the museum at 760-878-0258 for more information, or check the museum Web page at www.inyocounty.us/ecmuseum.

We work to provide daily news to all of the Eastern Sierra, in the tradition of Eastern Sierra News Service and the Sierra Wave. We bring you daily happenings, local politics, crime, government dealings and fun stuff. Please contact us.
View all posts by News Staff →
Inyo-LA Rift Over Groundwater Pumping
Long Beach Man Killed in One Car Accident on 395