An autopsy completed and cause of death determined in the Thanksgiving murder case in Bishop. It was Thanksgiving night when officers found a man dead in a reservation home with a suspect lying next to him. The victim was 29-year-old James Williams of Bishop. Officers arrested 21-year-old Morgan Wade Kinney, Jr. who will go to court for arraignment on one count of murder, possibly Tuesday. 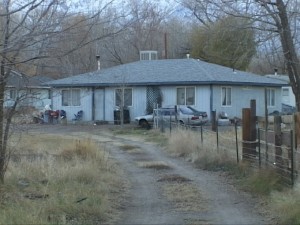 Officers had rushed to 299 No. Barlow Lane when they received a call of a disturbance and a request for an ambulance. Investigator Jeff Hollowell said when they arrived at the house, deputies found a man with a head wound and another man apparently passed out beside him.

Deputies arrested Morgan Kinney Jr. of Bishop without incident. Kinney remained in the Inyo County Jail at last report. His bail was set at $1 million. District Attorney Art Maillet expected that Kinney would appear for arraignment on one count of murder as early as Tuesday.

Investigator Hollowell said that he and others continue the investigation, contacting anyone who may have been present at the location of the murder that night. Hollowell confirmed that the autopsy on the victim was completed this morning in Orange County. Forensic Pathologist, Dr. Fukamoto, concluded that the cause of death was blunt force trauma to the head. More information is expected in a couple of weeks. Funeral services for James Williams are pending.