As Mammoth officials continue to hand over information to Mammoth Lakes Land Acquisition so they can eventually negotiate payment of Mammoth’s $41 million debt, the option of bankruptcy remains 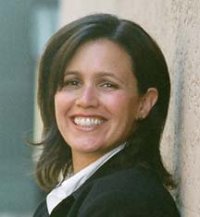 a possibility.  Advisor to the Town, Marianna Marysheva-Martinez continues to say she does not prefer bankruptcy.  It is believed MLLA agrees.  Martinez did share with Sierra Wave an article on details of the City of Vallejo’s bankruptcy.

The article appears on InsideBayArea.com and quotes Vallejo City Councilwoman Stephanie Gomes who appeared at a meeting of the Contra Costa Taxpayers Association.  The article quotes Gomes as saying that bankruptcy is not a magic pill for cities struggling to balance their budgets.

In the case of Vallejo, a number of financial issues hurt the city, including closure of the Mare Island Naval Base and the disappearance of its federal funds.  The loss of the base created a major economic vacuum.  The article said Vallejo had also failed to cost out pensions and benefits and employee unions gained in power.

In a downhill loss of the tax base, general fund and reserves were depleted by 2008 and the Vallejo City Council voted to file for bankruptcy.  Unions fought the bankruptcy but lost.  The article on Vallejo said that “The city won a precedent-setting legal point: that a bankruptcy court could void public employee contracts.”

The City of Vallejo still has problems but did gain power over employee unions, according to the article written by Peter Langley, a former city councilman from Martinez, CA.

Orange County filed for bankruptcy in the early 90’s and now that county is better off now than before bankruptcy.

I agree with Johndoemi and Jake Steel. Yes, I’m sure our credit rating already sucks. I also know that municipal bankruptcy would preserve vital services such as road plowing, etc. I can’t really see that bankruptcy could possibly do any more damage at this point. We need to file soon…that… Read more »

“MLLA agrees”… who cares what these people like.. FILE NOW and send that $4000 a week lady HOME as well!

and if MLLA ever thinks they are getting land and building they can plan on having picket signs all around and a local boycott for LIFE!

I don’t think any of the commenters recommending bankruptcy think of it as a “magic pill”, through which all problems vanish. However, the problems faced by Mammoth Lakes dwarf the typical problems other towns have balancing the budget. Assuming a population of 8,000 individuals, the debt is $5,125 per tax… Read more »

Here is a new concept for TTOML .”ask the citizens for a loan”
the town in the link below is asking just that

get your check book out RUSTY

“The city won a precedent-setting legal point: that a bankruptcy court could void public employee contracts.”

So something good could come of this

It may not be the MAGIC PILL
however it is the Reality Pill
Tic, Tic, Tic