By News Staff on January 16, 2013 in Government Agencies/Utilities 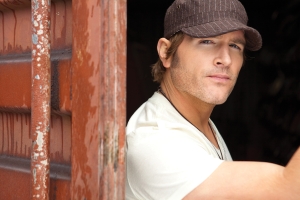 Jerrod Niemann. “Free the Music is a sonic journey through a multitude of styles, including country, rock, honky-tonk, Dixieland jazz and reggae.” Photo by Jeremy Cowart.

Jerrod Niemann: Free The Music – ( from publicists and The Mule Days Committee)

While writing and recording his new album, Jerrod Niemann immersed himself in the history of country music. A student of music theory and production—he majored in Performance Art Technology at South Plains College in Levelland, Texas—Jerrod pondered a question that is heard more and more frequently these days: Just what exactly constitutes country?

His answer to that query can be found in the musically and technically groundbreaking Free The Music. “This album is my interpretation of how I feel about country right now,” Jerrod says.

The follow-up to his Sea Gayle Records/Arista Nashville debut Judge Jerrod & the Hung Jury, which debuted at No. 1 and yielded the No. 1 hit “Lover, Lover” and the Top 5 single “What Do You Want,” Jerrod’s sophomore album emphasizes the early instruments that have shaped the genre: acoustic guitars and bass, fiddles, and even horns.

“The pedal steel guitar has come to define country music, but there were years and years of country being made before that instrument was even invented. Horns have been in country going back to the 1920s. And fiddles and other string instruments date back even further. I took all those things and put them on Free The Music,” Jerrod explains. “I made this record in an effort to try and mix 1927 with 2027, but I didn’t want to disregard 100 years of what people have already done musically. Instead, I wanted to take that and do it in a way that is also representative of the future.”

The result is an adventurous release that redefines the listening experience. A “headphones album” if ever there was one, Free the Music is a sonic journey through a multitude of styles, including country, rock, honky-tonk, Dixieland jazz and reggae.

While exploring these sounds, the Kansas native says he sought inspiration in the outside-the-lines approach of two seminal outlaws. “Willie Nelson and Waylon Jennings were very progressive in their day, and they were getting harassed by people who said, ‘Hey, that’s not country.’ But the mistake many artists make when they first come to Nashville is that they want to be those guys so badly that they get stuck in time. It’s our duty to have our own voice and come up with our own way of saying something,” Jerrod stresses. “Icons like Alabama and Ronnie Milsap did that by using pop melodies. But when you hear their songs today, they’ve become country classics. Those artists stepped out, and I hope fans will understand that that was my goal too. I want the album to push you out of any musical comfort zone.”

Jerrod took each of those big steps with great care, painstakingly fine-tuning every song on Free The Music with his visionary co-producer Dave Brainard. Together, the pair cut a new technological path in Dave’s studio, using a one-of-a-kind analog-to-digital recording process to give the record a rich, organic feel. “Knowing that analog was going to be our foundation—and that we’d have the ability to easily record and re-record digitally—gave us the confidence to take more chances. For instance, we used an acoustic bass on the entire record and put horns on every song. By doing so, we got a lot of organic sounds,” Jerrod shares. “I want people to realize the time and effort that we put into this album, from the beginning of the first song to the very last note.”

Such exquisite attention to detail is evident throughout the 12 songs that make up Free The Music, all of them written or co-written by Jerrod. From the funky opening title track to sun-drenched first single “Shinin’ on Me,” the songs represent an artist committed to stretching musical boundaries while simultaneously honoring country’s past.

The empowering “Get on Up” employs a unique ascending-and-descending guitar riff and a surprisingly well-fitting Mellotron. “Real Women Drink Beer,” cleverly combining elements of reggae with the Bakersfield Sound, would sit nicely on a Dwight Yoakam album. “Honky Tonk Fever” has prominent jazz horns and remarkably different tempos. And “I’m All About You,” featuring Grammy-winning vocalist Colbie Caillat, is a piano-driven, laid-back love song.

But it is the knockout ballad “Only God Could Love You More” that, for the first time, truly showcases Jerrod’s voice as the nuanced instrument it is.

“Some people sound the same on every song, but I like to be a chameleon, like an actor in a role. For ‘Only God Could Love You More,’ we didn’t put any harmonies on it and used my original tracking vocal. ‘Lover, Lover’ had a bunch of harmony parts, so I thought it’d be interesting to have zero here, especially with the French horns and the other orchestral things we have going on,” Jerrod says. “Some songs just work better with one vocal. If you listen to Garth Brooks’ ‘The Dance,’ that doesn’t have any harmonies on it either. Not that I’m comparing myself to Garth by any means.”

Still, the allusion to the 1990s superstar isn’t out of bounds. Jerrod co-wrote one of Garth’s biggest hits, “Good Ride Cowboy,” and penned two others for the Country Music Hall of Famer, along with songs for Blake Shelton, Lee Brice, John Anderson and Jamey Johnson.

“The most important thing to me is songwriting. But no one can ever hear a song without a vehicle, whether it’s me or somebody else singing it,” admits Jerrod, who, as a writer, has more than 10 million albums sold to his credit. “If someone told me I couldn’t write a song ever again, or had to choose between playing and writing, I don’t know what I’d choose.”

Fortunately, no one is forcing him to. Jerrod is free to pursue both of his passions on stage and in the writing room, using his gift with a lyric and melody to free the music, expand people’s minds, and deliver an album that, while occasionally unconventional, is undeniably country.

“For me, it’s all about the song. You can put all the bells and whistles on an album that you want, but if the songs aren’t there, it’s not going to work,” Jerrod says, discussing the versatility of country music. “You can take all of these songs, go into a studio and record them with Nashville’s amazing studio musicians, and Free The Music would sound just like a modern-country record. And that’s fine. But I like to experiment.”

Jerrod cracks a wry grin at this admission. Clearly, he’s comfortable with his role as a musical scientist–an artist who absorbs all styles and sounds, and forms them into his own creation.