The Mule Days organizers and staff executed a heroic marketing effort that launched the 2016 Mule Days attendance into the stratosphere, making the event the Super Bowl of Bishop. Staff credits a combination of trade show attendance, a social media campaign and low gas prices. 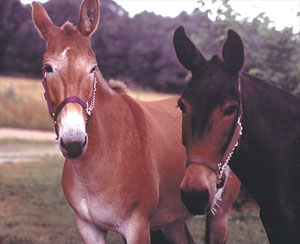 Or maybe it’s just that as the world gets crazier, the draw is a whole bunch of people and mules, from all over the country, who get along and enjoy themselves.

Example: Baptized by Dirty Water was a double champion in 2015. If she’d been a horse, instead of a 17-hand molly, her owner Peggy Reed would have a suite at Creekside Inn.

Instead Reed and Bob Wanderly from Arizona have a motor home west of the track with pink flamingos in front and a huge dog named Axel.

As for their mules, they’re not so much stubborn as they are simply patient, giving their rider/driver a chance to realize the animal is smarter than they are. Horses, poor creatures, trust their rider; mule people trust their mules.

The best time to experience the real Mule Days is before all the hoopla starts, during the endless show classes that build up to Friday night. Fairground strollers can watch Cowboy Dressage, a combination of the exacting discipline of dressage and trail work.

They can watch Mule Days’ veterans like Bruce Klein prep his molly Rosie for the driving classes, helped out by his high school buddy, Chuck Levin. They can see the relationship; between kids and animals as a three-year old from Utah curries her three-year old donkey.

Then there are the volunteers, a cast of thousands who show up each year to do everything, like Ali Patterson in her sixth year helping put out the obstacle course for the Gamblers’ Choice driving classes. A lot of the original organizers are still on site, now their children and grandchildren are doing the heavy-lifting.

So, that’s it for this year’s story. You all know the drill—lots of mules, food, concerts, dances, raucous mule stuff mixed in with elegant mule stuff, kid things, packers running amok.

But the coolest thing is always the mule and his people.