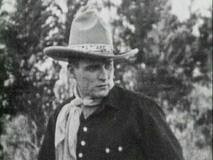 A collection of major films shot on location in Mono County has added five additional titles. The “Mono in the Movies” DVD collection is housed at the June Lake Library, 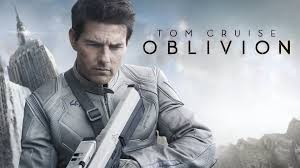 and is available for checkout from any Mono County branch library.

Amateur film historian and frequent Eastern Sierra visitor Ken Harrison, has been acquiring the DVD’s over the last two years. He has researched a list of 57 possible films provided by the Mono County Film Commission, the Lone Pine Film Museum, and the Internet Movie Database (IMDb).
After acquiring a DVD, Harrison researches the locations used, local trivia surrounding the film, and a history of the film or actors. His brief dissertation is included in each DVD case, and he notes the DVD’s time marker where one can find the location shots.
The collection now contains 15 DVD titles from the 1924 silent picture Thundering Hoofs, to 2013’s Oblivion staring Tom Cruise.
2013’s Oblivion was the largest budgeted film ever shot in Mono County. Harrison presented the film at a free screening in October, along with a panel discussion by those involved in making the film.
“I think I’m going to focus now on popular films from the 1980s and 90s,” says Harrison. “We have enough older, cowboy pictures for now,”
The latest additions to the “Mono in the Movies” DVD collection are;
Thundering Hoofs – 1924 (Silent)
Filmed in Mammoth, the oldest known film shot in Mono County, staring silent cowboy star Fred Thomson and his horse Silver King.
Return of Frank James – 1940
Filmed at Convict Lake and June Lake, Henry Fonda plays the brother of outlaw Jessie James and vows revenge on Jesse’s killers.
Road to Utopia – 1946
One of seven “road” pictures with Bob Hope, Bing Crosby, and Dorothy Lamour.  Filmed on a frozen June Lake and in the Heidelberg Inn.
Indiana Jones and the Temple of Doom – 1984
Filmed on Mammoth Mountain, Harrison Ford and Kate Capshaw escape sure death by bailing out of a crashing plane and sliding down the snowy face of the mountain.
Oblivion – 2013
Tom Cruise plays is a security & drone repair tech stationed on the desolate Earth destroyed by nuclear war and invading aliens. He finds redemption on the shores of Silver Lake. 25 JuneLake locals appeared as extras in the final scenes.

We work to provide daily news to all of the Eastern Sierra, in the tradition of Eastern Sierra News Service and the Sierra Wave. We bring you daily happenings, local politics, crime, government dealings and fun stuff. Please contact us.
View all posts by News Staff →
Plane crash near Fresno: local pilot?
CHP arrests Bishop man after high-speed chase
16 Comments
Newest
Oldest Most Voted
Inline Feedbacks
View all comments

dirtchum – help me out to a non-local, Casa Diablo on the Volcanic Tablelands????? Where is this. Mono or Inyo County?

Casa Diablo is in Mono County. It’s a few miles from Inyo.

Ken, It’s the area North of Bishop between hwy 395 and hwy 6

The Trail Beyond “1934”
John Wayne
Devils Postpile and Mammoth Lakes

RE: Will Penny. The movie begins with a cattle round-up scene near Casa Diablo on the Volcanic Tablelands.

It has been a while since I have watched it, but from what I remember it looks like it was filmed near the Summit, but east of where the Brake Check Area is located.

Hey Big Rick, Out of the Past, filmed in Bridgeport (1948) was the first film I acquired for the collection. Had to buy it from Korea. I guess not released in U.S.

Wow! Thank you Mr. NRA. I did not have Joe Kidd on our list. Sherwin Grade on the Inyo side or near Tom’s Place on the Mono side? I’ll check it out. That would bring our total possible to 58 films. HIgh Plains Drifter, True Grit, and Nevada Smith are… Read more »

Don’t forget Joe Kidd while your at it. It had parts filmed on Sherwin Grade.

The top 3 I would say are True Grit, North to Alaska, and Nevada Smith, all of which were filmed partially at Hot Creek, all in the same spot. Honorable mention goes to ‘Out of the Past”.

Watched Moonlight On the Prairie made in 1935. A lot of it was filmed at the edge of Silver Lake where the Silver Lake Store is. Also looks like a portion of the “ranch area” is where Crowley Lake is today. Anyway you can see Carson Peak from the SL… Read more »