The heavy winter walls of snow in Mammoth Lakes prompted a news release from the Mammoth Fire Department this week. Lots of advice on how to protect your home, property and 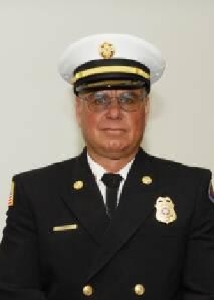 family from collapsing roofs, broken propane pipes and blocked exits. A local man called to find out about fire code and snow-covered exits.

Mammoth Fire Chief Brent Harper said that his department can enforce the snow and exit issue at rentals and condominium complexes. “If we get a call,” said Chief Harper, “we will respond.” Fire code requires that all bedrooms have two means of exiting. Traditionally, this is accomplished by way of a bedroom access door or window.

For those who own a complex or live in a rental or commercial unit, the owner is responsible to keep exits open. The fire department suggests residents first bring this issue to the attention of a landlord, manager or owner. But they do say that the Fire Department will also look for infractions of this code violation.

Chief Harper advised homeowners to say to themselves, if we had a fire, how would we get out? And, do what it takes to accomplish that. Chief Harper said in this extremely heavy winter, the fire department will respond to complaints and will see what’s reasonable.

We work to provide daily news to all of the Eastern Sierra, in the tradition of Eastern Sierra News Service and the Sierra Wave. We bring you daily happenings, local politics, crime, government dealings and fun stuff. Please contact us.
View all posts by News Staff →
Mammoth Fire Department on dangers of heavy snow
The new Lt. takes the oath in Mammoth Lakes