By News Staff on November 16, 2015 in Government Agencies/Utilities

The City of Bishop’s 215-page Revised Draft Mitigated Negative Declaration for the Kingston Subdivision outlines additional mitigation measures, compared to the 24-page Initial Draft, and incorporates additional water and soil studies in the hopes of assuaging concerns of neighbors to the 15-home development on Home Street. 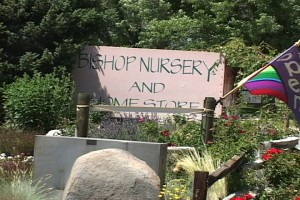 A number of the subdivision’s potential neighbors disagreed strongly to the first draft during the July 13 Bishop City Council’s public hearing on the project.  In response, the City contracted with Bill Taylor to help with the revised document.

Terrance Tye, whose Rome Street residence borders the proposed subdivision to the south, filed a complaint with Inyo County’s Department of Environmental Health Department regarding water and soil contamination. The results of those studies were included in the new document, released last week.

The public has 30 days, until December 14, to file comments before the issue comes before the Planning Commission and back to City Council.

The source of concerns over water and soil contamination originated from a Phase II study conducted by the property’s current owner, Los Angeles Department of Water and Power, Environmental Site Assessment of the site occupied by Bishop Nursery.

The nearly 5-acre parcel is leased by Bob Kingston but is in escrow, pending the subdivision approval process.

According to the inspection report from the Lahontan Regional Water Quality Control Board, the study done by Tetra Tech “concluded that …, no additional assessment of the site was warranted with the exception of evaluating the risk of potential receptors with respect to the detected concentrations of metals in the soil and groundwater beneath the site.” Lahontan’s conclusion: the metals detected “in the soil and groundwater…are likely naturally occurring and their concentrations representative of background conditions.”

Tye directed the inspectors to two locations not previously tested on the southern boundary of the nursery. While Lahontan did advise the nursery to tidy up their operation with respect to leaky equipment, oil and fertilizer storage, tests for contamination by fuels and oils were conducted at two areas to a depth of 1-foot and concluded to be superficial.

Lahontan also took water samples from the South Fork Bishop Creek, the property drains away from Bishop Creek, so anticipated “no threat or potential threat to water quality.”

The county Environmental Health Department was responsible for the supervision and remediation plan, conducted by nursery staff. Contaminated soils were removed, transported to the appropriate disposal facilities and replaced with new dirt.

Mitigation for biological resources was tightened up to prevent impacts on nesting birds and the South Fork Bishop Creek riparian corridor. Measures include a six-foot fence along the southern boundary and replacing trees removed from the six lots on that border by a ratio of four new trees to each tree removed. The time period for pre-construction surveys, to avoid impacts to nesting birds during breeding season, January to August, was shortened from 30 days prior to construction to three days.

Issues of traffic and variances required for the street into the subdivision were addressed by the project engineer Triad/Holmes Associates. Based on 10 trips per residence, Triad anticipated a total of 150 trips generated by the built-out subdivision.  The Institute of Transportation Engineers “Trip Generation Report” estimates peak hour volume per residence at one. “At peak hour this equates to one vehicle every four minutes,” the Triad letter to the City states.

In addition, the street widths meet or exceed guidelines set out by the American Association of State Highway and Transportation Officials. The 680-foot long street will have a posted speed limit of 15 mph.

Sugar, I believe the biggest issue is that no one in Bishop really wants anyone to build in their own back yard. I support this project, but must admit I would be furious if someone built a track home behind my house. Which could happen. The difference with my property… Read more »

I looked on google earth and at county records. It appears the the area proposed for development is approximately 3.9 acres, for 15 homes. Rome Drive and the houses that front Home street at Rome Drive total 21 houses….on what looks to be perhaps SLIGHTLY larger than the Kingston property.… Read more »