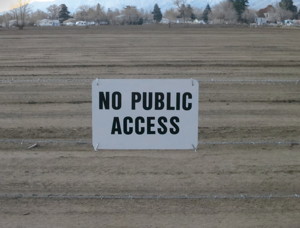 In a list of some 55 mitigation projects the Department of Water and Power was required to complete in a signed agreement more than 20 years ago, nearly half are undone or have problems.

Earlier we ran through missing mitigation in the Laws and Bishop areas. We now pick up the examination at Klondike Lake north of Big Pine. According to the Inyo Water Department Report, DWP has not supplied water as of April of last year to the Klondike Waterfowl Area. The Big Pine Re-greening project is finally moving along after 20 years. Two more re-greening projects at Big Pine on 180 acres remains incomplete. DWP is supposed to revegetate the area. That has not happened.

Disagreements over the amount of water to the Tule Elk Field south of Big Pine continue between the Inyo County Water Department and DWP. Nearby, pumping by DWP lowered the water table and dried up Hines Spring with a loss of vegetation and wetland. Inyo County describes this project as “in progress.” So are three other sites in a nearby area damaged by pumps. Both Fish Springs and Black Rock Fish Hatcheries are considered mitigation measures, although DWP pumps dried up the springs that used to feed the hatcheries and now groundwater pumps do the job. Water from the hatcheries ends up in the aqueduct.

In the Independence area an operations plan for Billy Lake is still needed. The Independence re-greening project just started by rooting out native vegetation to make way for a pasture. Residents were told they could no longer walk from their homes to the tree lot, but now there is a walking corridor on the north end of the project.

The devastated Independence Springfield area where springs once flowed and don’t any more remains partially unmitigated. About 80 acres have not been revegetated. Near Independence, two of four sites in the Symmes/ Shepherd revegetation project are not mitigated. Neither is the Reinhackle Spring project. Pumping reduced the spring flow. A draft plan is still not done. The Lone Pine School farm project mitigation measure addressed at the Standing Committee meeting was undone for something like 25 years and is still only a temporary measure.

The 189 acre Richards Field in the Lone Pine area has been modified without Standing Committee approval. Another springs mitigation in the Olancha area has no approved plan yet.

As for plant cover in the Owens Valley, The Inyo County Water Department Report says that 57% of wellfield parcels are significantly below baseline in most areas of the Valley or shrubs took the place of other plants.

LADWP used the term “water neutral” when they were debating about providing the FFA project 30AF of water. What the heck? It hasn’t been “water neutral” for Inyo. All those undone mitigation projects means on our side of the ledger sheet they owe for all those 5AF projects where the water hasn’t been supplied for 20+ years!
Also, why isn’t anything green growing on that Bartell parcel in Big Pine? Did DWP spray some sort of herbicide? It appears to be a completely dead brown patch of dirt. That parcel was irrigated back in 81-82. It is supposed to continue to be irrigated according to the LTWA/EIR Who is looking into that? Seems like spraying herbicide on that parcel and not providing water to it is a gross violation of those agreements.