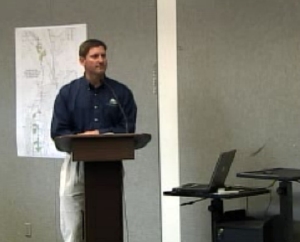 The dozen or so citizens who stood up to speak to the Mammoth Town Council Tuesday night all supported no budget cuts for Mammoth Lakes Tourism and the marketing of the Town.  No citizen directly addressed the ominous $43 million debt during the budget discussions. The Assistant Town Manager revealed a long-term budget plan that would cut out nearly $3 million for next fiscal year.

Tourism Director John Urdi made a case for continued funding of marketing.  He said 68% of the population is related to tourism and that visitors spend $415 million with Mammoth’s businesses in a year – a number that Urdi said is $25 million higher after the formation of Mammoth Lakes Tourism. He added that from visitor expenditures comes Transient Occupancy Tax that supports most of the Town’s general fund.  “No one,” said Urdi, “is untouched by tourism.”  He told the Town Council that “now is not the time to cut advertising.”

Urdi went through the financial disasters of Colorado, Wisconsin, Washington and others who cut their marketing budgets and lost big 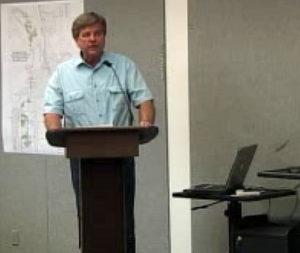 dollars.  The proposed budget plan for Mammoth does take away 10% from Tourism.

John Morris of Snowcreek Resort stood up to say “the power of tourism can not be over stated.” Tim Alpers, supervisor candidate and famous fish man, pointed out the financial boon of the fishing industry to Mono County.  Planning Commissioner Mickey Brown talked about the ripple effect from tourism to many other businesses.  Ruth Harrell asked the Town Council to evaluate having the Sheriff’s Office take over law enforcement for Mammoth.  She, too, said keep tourism dollars.  “You can’t cut that,” said Harrell.

Warren Harrell pointed to South Lake Tahoe and how they made dramatic cuts of department heads and other managers to save nearly $2 million.  Planning Commissioner Rhonda Duggan said her recent travels revealed that Mammoth has a 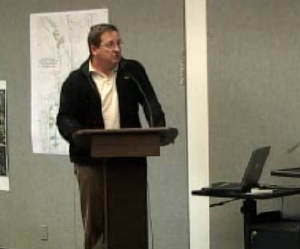 stronger presence than Colorado and spending on tourism should not be cut.  Tourism Board member Teri Stehlik said the product is Mammoth Lakes and the Town needs to market it and sell it.  Business owner Tom Cage dittoed the other pleas to maintain marketing dollars.  He also advised that the troubles facing the Town should be wrapped up.  He said, “Get it done.”

After the meeting, we asked Mayor Jo Bacon that if the Town declares bankruptcy over the $43 million debt, what would the personal impacts be on citizens.  She said, “Those are issues we’re working on.  We haven’t had the authority to release this.  I understand peoples’ fears,” Bacon said.

She suggested that citizens come to the next meeting, May 16th and ask that question to get more answers.