On the evening of Saturday, July 20, 2013, Mono County Sheriff’s Dispatch received an emergency call from a SPOT satellite device warning of an ill and/or injured hiker on the John Muir Trail. 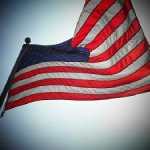 The Mono County Sheriff Search and Rescue (SAR) team was dispatched to the area. A father, age 52, and son, age 22, from Clovis, CA, were backpacking from Lake Edison to Tuolumne Meadows when the father became ill and activated his emergency notification device.

The SAR team responded and hiked approximately 8 miles, throughout the night, toward the location indicated by the SPOT device on the John Muir Trail near Rush Creek. The team interviewed other hikers who had helped the ill man cope with dehydration and nausea.