By News Staff on May 9, 2019 in General Misc. Stories, Government Agencies/Utilities

The Mono County Board of Supervisors didn’t mince their words or hide their feelings about the massive hydroelectric project proposed for Wheeler Crest, Lower Rock Creek and Owens River gorges at Tuesday’s meeting. 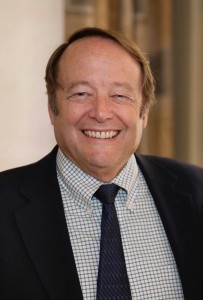 “What are these people thinking? Are they insane?” was Supervisor Bob Gardner’s reaction. Supervisors Stacy Corless and Jennifer Halferty described the project as “horrible and ridiculous,” and “appalling and far-fetched,” respectively. Comments from the public were equally adamant: Premium Energy Holding, LLC’s application to the Federal Energy Regulation Commission for a permit to study the feasibility of the reservoirs and penstocks had no redeeming qualities.

Supervisor Fred Stump whose district would be the site of the atrocity noted public safety issues with dams above Paradise and Swall Meadows in an area with seismic issues.

“The FERC imposed restrictions on dams in June Lake because of seismic problems,” Gardner added. “They’re wasting their time. They (Premium) should just go away.”

Stump started the board discussion with a list of serious flaws in the project, a closed loop system with water pumped from three reservoirs in one or both of the gorges to reservoirs on Wheeler Crest then sent back down to the lower reservoirs to generate electricity. Those flaws included the fact the project would cross private property and interrupt wildlife corridors.

Paradise resident Michael Sullivan told the Board there was “overwhelming opposition” to the project following a community meeting. “We’ve sent a letter to the FERC to stop this in its tracks,” he said. That letter had 124 signatures.

Evan Russell lives at the base of Rock Creek Canyon. “This would destroy the canyon,” he said. “It’s hard to justify. How did we get to this point?”

Jora Fogg with Friends of the Inyo asked the Board to “engage early and often.” That sentiment was echoed by the Supervisors who agreed to respond quickly rather than wait until the application was officially in the system and the first public comment period opened.

Fogg dropped a bomb during her comments. The Wilderness Act states: “The President may…authorize…the establishment and maintenance of reservoirs… needed in the public interest, including the road construction and maintenance essential to development….”

“We have limited authority,” said Corless, “but we have to dance on the edge of our authority to get things done that we believe in.”

Victor Rojas of Premium Energy Holding LLC has reacted to opposition by amending the FERC application to construct the penstocks underground. The upper reservoirs are still in the John Muir Wilderness and there will be construction infrastructure, roads, drilling, geologic survey, in the next phase of FERC permit process. Obviously… Read more »

Brookie……you can’t be serious,but in case you are,there already are many,many lakes,rivers and streams for the fishermen and women to fish,catering to your beloved out of town tourism..bodies of water that aren’t destroying the environment and negatively effecting the wildlife and wilderness…IMO,there is no “lagging interest” in fishing the Sierra,other… Read more »

Sometimes the dumber the project, the more likely that it’ll happen. Hope this gets nipped in the bud.

Is that you brad?

The reservoirs would provide great opportunities for fishing.

This would enhance our local tourism-based economy and revive the lagging interest in fishing on the Eastside.

Other animals would benefit from the aquatic habitat the reservoirs would create.

Good for canoeing too!

The reason demand for fishing is falling is obviously lack of supply. We should totes drown the climbing in the gorge to support a tourist activity demonstrably in decline. I, for one, especially look forward to hauling my canoe up the Wheeler Crest for some light exercise. In other news,… Read more »

You know what would make this proposal a real tourist amenity? Two words: water slide.

Beware any government official, in this case Supervisor Corless, who wants to “dance on the edge of our authority.” Under the Constitution (U.S. and California) government must confine itself to clear legal authority; it isn’t allowed to go off “dancing” on the edges of the law. When a cop pulls… Read more »

Nice post there magaman (lol)…..but you know,I know,we ALL know what and how your saying there,IMO,little to do with wanting “clean green energy” and its benefits…..I think more-so,if I look back to your first post ever on this story and subject,it’s first story,you and the other “magamen” across the United… Read more »

The almighty dollar!? Will it overtake our back country? If trump has his way this administration has absolutely no respect for the environment. Mono county? The citizens better rely upon themselves to protect Wheeler Crest and all the outlying areas this project will encompass. Look up Premium Energy on the… Read more »

Funny how effete Subaru-driving-craft-beer-drinking-yoga-mat-sitting-man-bun-wearing NIMBYs are all about saving the Earth from global warming but if a renewable energy project to create clean green electricity has the potential to interfere with their self-centered state of orgasmic Nirvana they turn into J. Paul Getty groupies. P.S. Our “leaders” allowed Swall Meadows… Read more »

You obviously don’t realize that this project has nothing to do with energy production? That it’s actually just a large storage battery? And it’s a long way from the sources of energy and would require a very large investment in transmission lines. Above-ground power lines started the Round Fire that… Read more »

According to KSRW article posted 7 May 2019, the applied-for permit is to explore the possibility of building “reservoirs …in a closed loop system to generate approximately 5,200 MW of energy.” Yet you claim boldy that “this project has nothing to do with energy production.” You are clearly wrong; and… Read more »

It’s a “pumped storage facility”. It pumps water uphill (takes energy), then recovers part of it when it comes back down. No free lunch. It pumps when electricity is cheaper, generates it when it’s more expensive. The whole system requires energy, it isn’t a net producer.

“Homesteaded” – Anglo euphemism for “stolen from the Indians.”

“if a renewable energy project to create clean green electricity”

too bad it is not clean or green

@Magaman,
I could easily type out a list of equally misguided generalizations about the MAGA folks within our communities. But that would just make us both look foolish, so I’ll pass.

The viability or sensibility of a proposal is inversely proportional to how rapid the onset of a single-issue troll and how rabid the troll’s rhetoric is. In this case, the moment the proposal came up, a freshly-minted troll was all over it, with meaningless arguments ready-made to appeal to an… Read more »

Thank you quacky for letting me know how annoyed you are with me. Like a campfire coals, you and your ilk warm my spirit. And thanks to everyone else for spending some time with me the dystopian world of Trumpamerica. Our as REM said, the end or the world as… Read more »

Oh the irony in that last sentence is so thick you’d need a chainsaw to cut through it. Congrats. Makes me wonder if you’re secretly a lefty just trying to make the right look silly. Either way, thanks for the good chuckle, Magaman.

…Wouldn’t that be something if the “president” heard about this,over-stepped his boundries (again) and issued one of his beloved “executive orders” ,over-ruling the Wilderness Act,and O.K.’ed this project,over-ruling what makes sense and what doesn’t ,and what the people want living here?….but ya know what ?….it wouldn’t surprise me a bit,even… Read more »