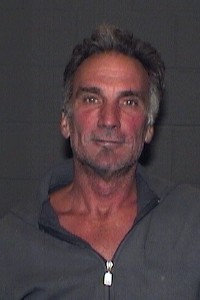 The quick work by Mono Sheriff’s officers on the arrest of an Auburn man wanted in nine bank robberies went down like clockwork, and apparently FBI agents were in the vicinity.

Mono Sheriff Rick Scholl said that the FBI apparently had information that robbery suspect, 56-year-old John Alexander, was in the Bridgeport area. He said after one of his deputies found Alexander’s car and then arrested him, the FBI showed up in about 35 minutes.

Mono Sheriff’s officers transported Alexander to the Placer County Jail in Auburn. Sheriff Scholl called the arrest a good, cooperative effort. It’s unknown how much money Alexander is alleged to have taken in the reported nine robberies.

The last robbery took place at the end of August in Auburn where police looked at the methods of operation and similar likenesses on surveillance videos.

Alexander was dubbed the “Posse Box Bandit.” A posse box is a type of clipboard with a storage section on the bottom. Alexander allegedly used one in his first robbery.

We work to provide daily news to all of the Eastern Sierra, in the tradition of Eastern Sierra News Service and the Sierra Wave. We bring you daily happenings, local politics, crime, government dealings and fun stuff. Please contact us.
View all posts by News Staff →
Unlicensed Pilot Sentenced to Federal Prison
Bureaucrat Beat: Cat Food, No Milk & Eggs, and Golden Rule