By News Staff on December 16, 2013 in Government Agencies/Utilities 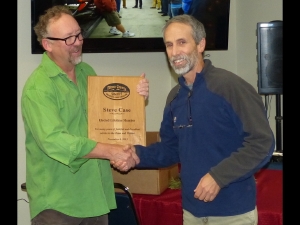 Each year, the Team honors members for their individual excellence and public service.

The Team’s highest honor, election to status as a Lifetime Member, is only rarely conferred by the Team to a Rescue Member who has made unusual, faithful, and regular contributions to the Team and to the welfare of victims over a significant number of years.

Steve joined the Team in 1992, and has the longest tenure of any current member.  Since 1995, records show that Steve has participated in 175 search or rescue missions, 161 trainings, and 175 meetings, for a total of 508 Team events.  This is an enormous voluntary commitment of time and talent to the County and the Team.

Steve Case has faithfully served the Team in a wide variety of roles, including Board member and as trainer for new members.  He is very versatile and 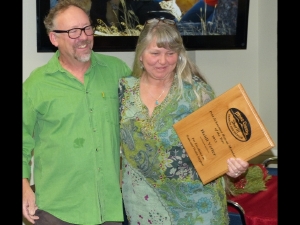 dependable, and has consistently been eager to accept difficult field assignments in any weather.

Two awards are given by the Team each year to honor members who have excelled.

The Pete Schoerner Rescue Member of the Year for 2013 is Heidi Vetter.  Heidi serves the Team as a member of the Board of Directors and as an Operations Leader.  She participated in 35 Team events in 2013.  Since 2008, Heidi has served the Team and Mono County on 177 Team events, including 48 rescues and searches.  She has a wide variety of leading and organizing skills, and is a key player in everything the Team does. 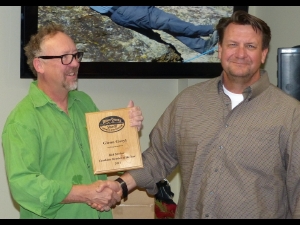 This year the team selected Glenn Goryl as the Rick Mosher Candidate Member of the Year.  Glenn has been very active and faithful in his training and rescue operations, and has devoted a lot of personal time to Team projects and public awareness.  He completed all his training requirements for Rescue Member in less than the minimum time.  Since beginning his training in April of 2013, he has participated in 53 Team events and 19 rescues and searches.

The 2013 honorees were presented with laser engraved plaques at an awards dinner in the Team’s new building.

Congrats to those members being honored.

And a big thank you to all the MONO-SAR members for their dedication and contributions to the Eastern Sierra’s citizens and visitors.