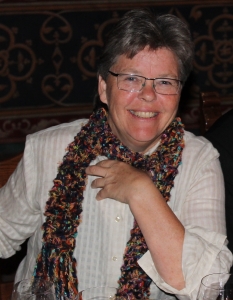 Riveted by the terrible and frightening scenes from the East Coast this week, Eastern Sierra people were glad to be on the West Coast but aware that disasters of all kinds can throw any community into chaos. It is with potential problems in mind that Mono officials recently hosted a two-day workshop with a well-known facilitator and will continue multi-agency talks to meet changing economic times and new laws.

Robin Roberts, Director of Behavioral Health, said that the workshop was held for a number of officials to face at least four problem areas – the Town of Mammoth Lakes money problems, Governor Brown’s tax initiative, health care reform, and transfer of state prisoners to local jails.

The Laree Kiely Group facilitated the workshops. Among those attending were Mammoth’s Police Chief Dan Watson, Mammoth School Superintendent Rich Boccia, County Superintendent of Schools Stacy Adler and several others, including Roberts. She said the officials looked at service gaps, overlaps and how to help each other.

For instance, how will major cuts in Mammoth affect the Town and the County? How will a large growth in medical patients under health care reform impact the whole system? What will happen to schools without the Governor’s tax measure? And, how about the jail with more state prisoners?

Roberts said they all looked at worst case scenarios and how to respond. Said Roberts, “We want to figure out ways to continue meeting and to help start larger conversations.”

Health care reform in 2014 will impact behavioral health, the hospital and social services. Roberts said with the economic structure of Mono County, there will be a very high level of MediCal eligible patients. She said, for example, mental or behavioral health could see a caseload expansion of as much s 100%. Roberts said the infrastructure to handle these things has to be built. She said, “We want to be proactive and not reactive.”

Roberts said the goal is to use taxpayers’ dollars in the best way for changing services. She gave another example of change. She said that in the case of Mammoth Mountain lay-offs, people needed a place to go and someone to talk to. Said Roberts, “These things also have an impact on law enforcement. We all know this but don’t take the time for that conversation.”

The follow-up to the workshop will be a community open house in December to acquaint people with departments and services. Said Roberts, “We have to build the conversation over time.”  For more info, call 760.924.1740.