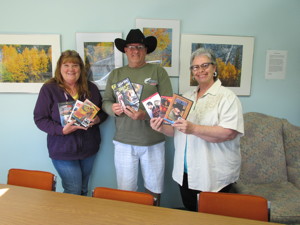 A collection of major films shot on location in Mono County has added eight additional titles to its catalog. The “Mono in the Movies” DVD collection is housed at the June Lake Library, and each DVD is available for checkout from any Mono County branch library.

Amateur film historian and frequent Eastern Sierra visitor, Ken Harrison, has been acquiring the DVD’s over the last three years. He has a list of 56 possible film titles provided by the Mono County Film Commission, Lone Pine Film Museum, and Internet Movie Database (IMDb). Long time residents have also contributed to the list.

After acquiring a DVD, Harrison researches the locations used, local trivia surrounding the film, and history of the film and it’s actors. He also writes a brief dissertation, which is included in each DVD case. Also noted is the DVD’s time marker, so one can scan to the location shots.

Harrison says each branch of the Mono County Library has his “search” list of films he’s still looking for. Residents with knowledge of a film’s shooting location are invited to contact him at [email protected]  Donations for additional acquisitions may be directed to the June Lake Friends of the Library – earmarked for the “Mono in the Movies” collection.

The latest additions to the “Mono in the Movies” DVD collection;

Long-time Lee Vining residents remember seeing the tall ships sailing Mono Lake and the volcano set. The film starred then hunk Fred MacMurray, 15 years before he became a do-good’er dad for Disney and My Three Sons.

Western film icons Randolph Scott and Joel McCrea both retired after this picture, stating this was the best movie they would ever make. What MGM thought would be only a Drive-In “B” western, critics and fans turned into one of the genre’s greatest classics.

Filmed almost entirely in Carson City/Reno areas, the crew was able to film Bette Milder inside the old schoolhouse and other buildings in Bodie – what would never be allowed today. 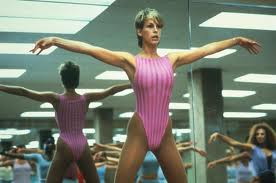 One of John Travolta’s failed attempts to keep his then falling star shinning. Mammoth Mountain got their first “product placement” in this film. Fans of a young Jamie Lee Curtis will want to watch her “prefect” aerobic performance, over, and over, and over again!

This film put Mono County on the map with Hollywood studios. A 100+ crew of locals rallied around Eddie Murphy’s 10-day shooting schedule, which required equipment and livestock to be hauled up the mountain, all done in a freezing blizzard. Mono County became a serious filming destination after this film.

Film mostly at Lake Mary, this is Mono County’s biggest flop. The female Ferris Bueller-type plot of unknown actors only grossed $271,000 in three weeks and was quickly pulled and buried from theaters.

Bette Milder and James Caan briefly use snowy Mono County environs as war-torn Korea in this Golden Globe-winning film, which follows the life of two big stars as they perform for troops in WWII, Korea, and Viet Nam.

The typical snow-play scenes are why Hollywood loves shooting in Mono County – it’s nearby, and actors love getting out of the studio sound stages. This film was in Ben Affleck’s “Jennifer Lopez-girlfriend” era, which some say, caused this film to be forgettable.

Available To Checkout at Any Mono County Library Branch

1991 For the Boys Bette Milder Crowley

DVD Collection as of July 2014

We work to provide daily news to all of the Eastern Sierra, in the tradition of Eastern Sierra News Service and the Sierra Wave. We bring you daily happenings, local politics, crime, government dealings and fun stuff. Please contact us.
View all posts by News Staff →
Farmers markets
Crews work Bodie fire